I’ve been a news junkie for as long as I can remember. I think it’s important to be informed about what’s going on in the world. And that hasn’t changed. But what does seem to have changed is the nature of the news.

I’ve been struck by how it is increasingly negative, cynical, and, worst of all, lacking in depth and substance.

I initially dove headfirst into all the drama of the 2016 election. But then it started to wear on me. Not just the nature of the campaign, but the nature of the coverage. It wasn’t hard news anymore. It was hour upon hour of speculation about a statement or a tweet, and what those statements and tweets meant or didn’t mean. I found the coverage to be as unhelpful as it was unrelenting. 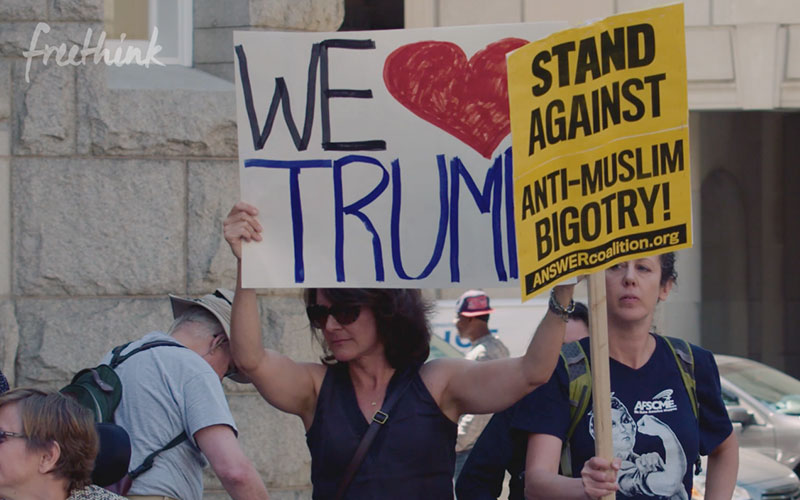 It drove me to want to find and present an alternative. What happens after things go wrong? Who picks up the pieces and tries to change things? Who are the people who don’t just get frustrated but try to reach out and learn from the people with whom they disagree? And that research turned into Freethink’s newest original series, Crossing the Divide . We wanted to break the news cycle of frustration and cynicism.

To be clear, we’re not saying bad things don’t happen and shouldn’t be covered or that there are easy or obvious solutions to our present challenges. It’s just that the story doesn’t stop with the conflict. Amidst our most intense religious, political, and cultural conflicts, there are people around the country who are working tirelessly to forge connections.

Crossing the Divide will introduce you to some of these people; people who have made an intentional decision to try to reach out to traditional “opponents” and work toward understanding. One thing that really stuck out to us while we were making this series is how this decision to “cross the divide” can sometimes come at an enormous personal cost. It’s a difficult process. It’s not a trite Hollywood heroic journey. But for these people, accepting things as they are just isn’t an option.

For example, we met an Imam in the Bronx who opened his doors to a Jewish congregation when they lost their building. It was an extremely generous gesture, but it made many members of his mosque upset. Some even left the community for good. But the initial controversy has since given way to an unlikely variety of interfaith activities and cross-cultural connections. 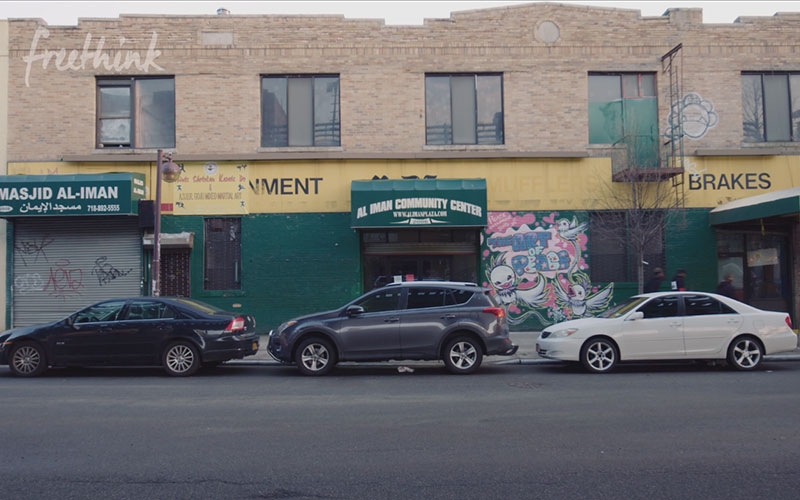 We went to Charlotte where a cop and barber are working together to promote understanding amid racial tensions. We met with a gay rights activist who went door to door to have a conversation with voters who cast their ballot against gay marriage. These are just a few of the stories we’re excited to share with you about people who are crossing a divide in different and important ways. 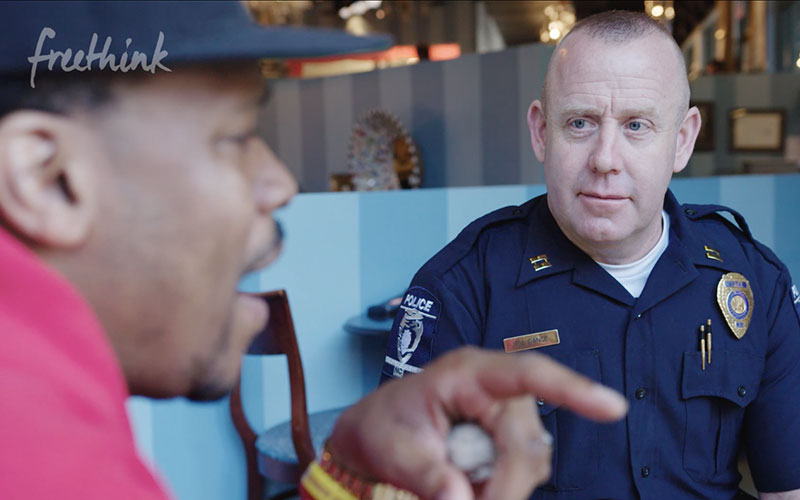 The people you’ll meet in this series don’t have all the answers. You might not even agree with everything they’re doing. What we want to present to you is a different way to approach these all-too-familiar conflicts and debates. We want to find out if we can learn something from looking at these issues through the lens of people pioneering new ways to connect with people on opposing sides.

I certainly learned a lot from their stories. And I hope you’ll find value in them too.

Psychology
The missing apex of Maslow’s hierarchy could save us all
In his later years, psychologist Abraham Maslow added a new apex to the pyramid of human needs: self-transcendence.
By Robby Berman 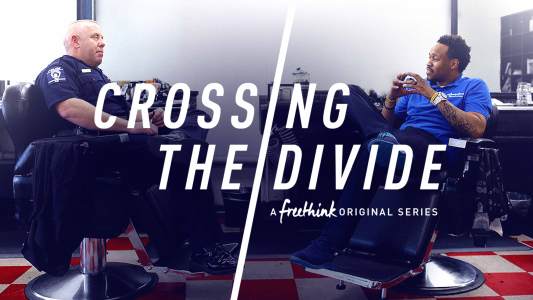 77% of people think the country is more divided than it’s ever been. We set out to meet the people trying to change that.

Series|Crossing the Divide
Crossing the Divide trailer
1:11
Subscribe to Freethink for more great stories
Subscription Center
Sections
Video
Freethink
Subscribe
We focus on solutions: the smartest people, the biggest ideas, and the most ground breaking technology shaping our future.
Subscribe