Imagine you live in a time before the internet. When we all had to work in offices, go to shops to buy things, when TV couldn’t be streamed on demand and when most monetary transactions were made using notes and coins.

Now imagine someone coming up to you and telling you how something that didn’t even exist was going to make all those things seem like ancient history. You’d have found the idea fantastical, laughable even – exactly the way you might feel about the metaverse and the fact that there’s a real estate boom going on there right now.

Prices have risen by as much as 500% since Facebook changed the name of its holding company to Meta in October 2021, with people paying millions of dollars to buy plots of pixellated land in this virtual world, even though it doesn’t fully exist yet.

So why are people so keen to buy land in the metaverse?

The metaverse is fundamentally a 3D version of the internet, and the expectation is that once the technology has caught up with the concept, more and more people will spend more and more time in this virtual world. People spend a lot of time on the internet, so why wouldn’t they spend a lot of time in the metaverse – especially if, as Facebook CEO Mark Zuckerberg says, they can have experiences there that they can’t have on a 2D website?

All of this means there could be some very serious money to be made. The metaverse has the potential to become a multi-trillion-dollar part of the world economy in the coming decades, according to Tim Sweeney, CEO of Epic Games, the company behind Fortnite.

“The next three years are going to be critical for all of the metaverse-aspiring companies like Epic, Roblox, Microsoft, Facebook,” he says. “It’s kind of a race to get to a billion users. Whoever brings on a billion users first would be the presumed leader in setting the standards.”

How does real estate work in the metaverse?

There is one metaverse, but several platforms within it. Imagine these platforms as countries on Earth – different land masses on the same planet. Like countries, the size of these platforms is finite, meaning that once someone buys a plot of land, nobody else can use that space unless they are prepared to rent or buy it off them. If lots of people are interested in that land, the price will go up.

There are four major platforms in the metaverse at the moment, with a combined total of 268,645 parcels of land. They are: The Sandbox, Decentraland, Cryptovoxels and Somnium Space.

In the metaverse – the thinking goes – land where a lot of people gather will be worth more, just like in real life. The value in a virtual world will be where brands and advertising congregate, says Andrew Kiguel, the founder and CEO of Tokens.com, one of the larger property owners in Decentraland. He says that for many brands, the metaverse is about billboards rather than buildings, and likens buying land there to purchasing advertising space on the internet today.

“Why is Google more valuable than your mom’s website? Because more people visit and use it over and over and over again,” says Janine Yorio, CEO of Republic Realm, a firm that owns millions of dollars of virtual real estate. That is why plots in Decentraland located near plazas such as Dragon City and Vegas City are more expensive, Decentraland’s Head of Partnerships Adam De Cata told the Financial Times.

So who already owns land in the metaverse?

Companies are buying into the metaverse in the hope it will help them reach new customers. PricewaterhouseCoopers has a plot in The Sandbox, where it aims to set up “a Web 3.0 advisory hub to facilitate a new generation of professional services, including accounting and taxation”. Adidas has also bought land there, as “a way of expressing our excitement around the possibilities it holds”, and Warner Music Group is working to set up a virtual concert venue.

Meanwhile, other people are buying plots to be close to big names to get kudos – as you might in the real world. Someone has paid $450,000 to be rapper Snoop Dogg’s neighbour, and Barbados is even opening an embassy in the metaverse.

The metaverse’s biggest deals have been by Republic Realm, which splashed out $4.3 million on land in The Sandbox, and Tokens.com’s $2.4 million purchase in Decentraland. And some are saying that Microsoft’s $68.7 billion deal to buy game publisher Activision Blizzard is a sign that gaming will be a key part of the metaverse, with people popping on headsets and gaming in virtual reality settings.

Will boom lead to bust?

However, some people are more skeptical about the concept of booming real estate prices in the metaverse.

They say that location won’t really matter there, as your headset will mean you’ll be able to teleport anywhere you want within seconds. However, if everyone is teleporting to the same shopping malls or virtual concert venues, those areas are still likely to offer better value for advertisers and commercial real estate.

“While interest in virtual real estate has grown over the past six months, it is clear that most people do not yet fully understand the real use-case of those plots,” says Somnium Space’s founder and CEO, Artur Sychov. “Real monetary value should only be attached to virtual goods that provide real utility for their owners, otherwise there is a huge risk of creating a speculative bubble that will hurt consumers and companies.”

Others say all this virtual land could eventually become worthless, as while the platforms say they are finite in size, the actual metaverse itself has no reason to be so, as more and more platforms could keep getting added.

Like with the Dot-com bubble of the late 1990s, there is also potentially an element of prices rising because of the sudden rush into a new area. Commercial real estate broker and developer Jay Gaudet, whose firm provides consulting advice for metaverse platform SuperWorld, told Bisnow.com: “Right now in the virtual real estate space, you see a lot of people just are executing on FOMO [fear of missing out] … I want to be a part of it. I don’t necessarily know what I’m going to do with it afterwards, but I want to jump into it.”

Many questions remain about the future of the metaverse, but the one thing that seems certain for now is we’re going to be hearing a lot more about it in the months ahead. 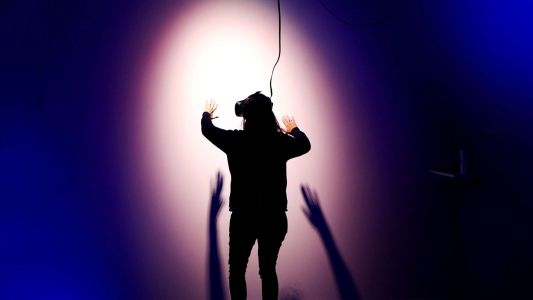 Metaverse
4 things you need to know about the metaverse
By Simon Torkington, World Economic Forum
Subscribe to Freethink for more great stories
Subscription Center
Sections
Video
Freethink
Subscribe
We focus on solutions: the smartest people, the biggest ideas, and the most ground breaking technology shaping our future.
Subscribe