Archer Aviation has just unveiled its first production aircraft: Midnight, an electric vertical take off and landing (eVTOL) vehicle. United Airlines plans to use the startup’s aircraft to ferry customers to and from local airports as soon as 2025.

Flying taxis: Experts predict that nearly 70% of the world population will be living in cities by 2050, up from about 50% today. That means city streets are likely to become even more congested than they already are.

Rather than waste time in traffic, future city dwellers might zip right over any congestion in eVTOLs — possibly run similar to today’s Uber and Lyft. You’ll hail one via an app, meet it at a rooftop, and let the pilot (or AI) take you where you need to go.

What’s new? Dozens of startups are pushing to get their flying taxis off the ground, and Archer Aviation is one of those in the front of the pack.

In February 2021, the California-based startup announced that United Airlines had agreed to buy $1 billion worth of its in-development eVTOLs, and in August 2022, it received a $10 million deposit from the airline for the first 100 flying taxis.

“Midnight is the evolution of our demonstrator aircraft, Maker, which proved that our configuration and that our technology is commercially viable and … ready for the global stage,” said Archer Founder and CEO Adam Goldstein.

The details: Midnight is a production eVTOL designed to hold four passengers plus a pilot, with an expected payload capacity of more than 1,000 pounds. It has a top speed of 150 mph and a range of 100 miles, but is optimized for 20-mile trips with 10-minute charge times between them.

Midnight has 12 small propellers that provide vertical lift during takeoff. The front six propellers can then tilt forward to facilitate horizontal flight.

This use of many smaller propellers, as opposed to one large one, like a helicopter, helps keep noise levels down — Archer expects Midnight to be almost 1,000 times quieter during flight than a traditional helicopter from the perspective of people on the ground.

Looking ahead: On November 10, Archer and United Airlines announced that their first planned route for the flying taxis would be between Newark Liberty International Airport and the Downtown Manhattan Heliport.

“We are confident we will be the first company to certify an eVTOL aircraft in the US with the FAA.”

That trip can take more than an hour by car during rush hour traffic, but the flight will take just 10 minutes.

Archer’s goal is to have Midnight certified with the FAA by late-2024 so that the NYC service can launch in 2025. Routes between other airports and city centers will be next on the agenda before Archer branches out to surrounding communities.

“From day one Archer’s strategy has always been about finding the most efficient path to commercializing eVTOL aircraft … We are confident we will be the first company to certify an eVTOL aircraft in the US with the FAA,” said Goldstein. 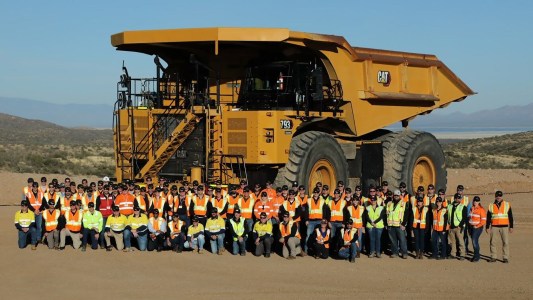