Skip to content
History
The hidden history in Black genealogy

This team is restoring generations of overlooked African American genealogy, and people are discovering family histories they never knew they had.

Watch on YouTube
In partnership with Ancestry
Up Next
Now Playing
Why do selfies matter? Ask Frederick Douglass
7:38 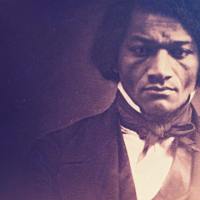 Making this connection helped Jennifer unearth generations of rich family heritage and better understand her personal identity. It also demonstrates the immense value of the history that stands to be lost, if not digitized.

A Race Against Time to Preserve History

The digitization of African American genealogy records is giving more Americans the chance to unlock their heritage and family history. For people of African descent, records have not been complete, preserved, or prioritized for centuries. As a result, many have been unable to trace their genealogy past several generations.

But Ancestry® is turning the tide by becoming an essential, digital tool in the preservation of African American genealogy and American history.

Understanding your history fleshes out experiences that (Black families) have instead of keeping it limited to slavery and oppression.

It is because of this work that Jennifer, a member of Ancestry and self-proclaimed “family historian,” discovered a very surprising addition to her family tree.

In America’s slave trade, enslaved individuals were often documented and associated with the surname of their slaveholder. Post-emancipation, some former slaves chose to continue to use the surname they were associated with while enslaved, but others understandably rejected it and created a new identity for themselves.

Particularly common between 1870 and 1900, many of those who chose to adopt a new surname decided to take the names of prominent political or religious figures. In census records, some African Americans used their nicknames, and oftentimes, inconsistent spelling was used by census takers. And prior to 1870, most enslaved individuals were listed without names at all.

These factors have made it harder for Black families to do deep genealogy research beyond 150 years. But cemeteries like Eden in Philadelphia are changing that by digitizing their record books. Eden Cemetery was built in 1902 to serve as a final resting place of dignity and respect for the local African American population. It is home to around 90,000 graves, including countless people who were formerly enslaved or free before the 13th Amendment.

Several prominent figures laid to rest there are renowned opera singer Marian Anderson, William Still – the “Father of the Underground Railroad,” as well as veterans of both the Revolutionary War and the Civil War.

Historian Dr. Henry Louis Gates Jr. explains, “For many Black Americans, doing deep genealogy research is often difficult… But cemeteries provide a way forward.” As one of the oldest Black-owned cemeteries in the country, Eden is a treasure trove of information.

Bridging Past to Present

To make their records available to the masses, the team at Eden uploaded the data to Find A Grave®, which is part of the Ancestry family of sites. Created in 1995, Find a Grave is a worldwide initiative to compile and digitize burial and final disposition information.

Contributors from around the globe can submit memorials, photos, GPS locations, and other important details. Find a Grave is now the largest international “graving community” in the world. These efforts have been instrumental in advancing the publication of African American genealogy records, leading to countless discoveries of new additions to family trees.

Jennifer’s discovery is just one of those powerful and inspiring stories. Of her journey tracing her family’s roots, Jennifer describes, “I’ve been using Ancestry for a number of years… So far in my family I’ve been able to go back to about 1840.” But recently, her research on the site led to the profound realization that she is related to Octavius Valentine Catto.

I feel this sense of connection, that this is where I come from.

Octavius Valentine Catto was an African American educator, orator, and civil rights activist known as “The Forgotten Hero.” Dr. Gates states of Catto: “He’s linked to nearly every important Black movement of his time… After the Civil War, Catto campaigned for the ratification of the Reconstruction Amendments which ended slavery, granted Black people citizenship, and extended universal suffrage to Black men.”

Making this connection added another intricate puzzle piece to Jennifer’s personal identity. With newfound meaning, she was able to visit Catto’s grave in Eden Cemetery, as well as the 12 foot-tall monument of Catto which stands at the Philadelphia City Hall.

“With everything that I learned from seeing his name in Ancestry, seeing the cemetery and the headstone, and seeing his statue, I just feel this sense of connection, that this is where I come from,” she describes.

Catto’s legacy can now be remembered, honored, and carried forward all the more thanks to the preservation of African American genealogy records by the Philadelphia African American Genealogy Group, Eden Cemetery, Ancestry, and Find a Grave. Modern technology is helping give those, like Jennifer, a bridge to their pasts so they can better understand their present and future.