Generalist vs. specialist: Which is the best path to success?

Bestselling author David Epstein describes a nonlinear path to success, where generalists thrive.
Watch on YouTube
Up Next
Now Playing
Who will save your parent’s life story?
3:08 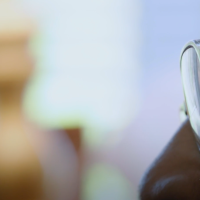 In his book Range: Why Generalists Triumph in a Specialized World, two-time New York Times bestselling author, David Epstein examines the generalist vs. specialist dichotomy in terms of how people learn, gain experience, and accomplish their goals.

Specialists are the child prodigies who fascinate us in their appearances on talk shows and viral videos. They possess natural talent, laser-focused goals, brilliant work ethic, and a seemingly clear trajectory or narrative path to future success.

But are these sorts of specialists really more successful than those who walk less-clear paths to success in their lives? Epstein’s book asks and posits an answer to this exact question.

Some specialists who were also child prodigies include famous artists like Mozart, who performed violin as a child and later became immortalized in his timeless compositions. Another prodigy, Tiger Woods, owned his first putter as an infant and played golf, dreaming of becoming the next Jack Nicholas as a toddler.

To achieve greatness, people like Mozart and Tiger spent thousands of focused hours, practicing a single skill. When narratives like these are told, it gives the impression that specializing is the only path with a trajectory that leads to success.

David Epstein’s Range book looks at the specialist vs. generalist, and posits that in many fields being a generalist is actually a more desirable and likely path to achieving success. After all, how many Mozarts or Tigers are there in any given generation?

How many toddlers, teenagers, or even adults, actually guess correctly when they think about what they want to be when they grow up?

What Is a Generalist?

Let’s look at the difference between generalist vs. specialist. Generalists dabble in many areas, also called “sampling,” and they possess a range of knowledge. Generalist athletes, for example, play many sports before they choose one in which they wish to excel.

Generalist musicians might possess a love for many instruments and perhaps a passion for mathematics, too. The generalist becomes a jack-of-all-trades before becoming an expert, and this well-rounded knowledge is their path to greatness.

The Nonlinear Path to Greatness: Why Generalists Rule

To understand why generalists are more likely to be successful, you have to evaluate generalist vs. specialist learning environments and how they compare to the real world.

According to psychologist Robin Hogarth, learning environments exist on a spectrum, with “wicked” environments on one end and “kind” ones on the other.

Clearly defined rules and expectations characterize “kind” learning environments, in addition to a high probability of the future being just like the past.

At the other end of the spectrum, “wicked” learning environments may or may not have rules or clearly defined expectations. The environment’s unpredictably is chaotic and the next steps a student should take are usually unknown.

Most prodigy success stories occur in kind learning environments, where rules and expectations remain certain. Kind environments, however, do not mimic reality. In the chaos of the real world, there’s no way to predict what skills might be useful next or when a particular talent might be rendered obsolete.

In wicked learning environments and the real world, individuals with a broad range of generalized knowledge are able to adapt to unexpected, unclear situations. As a result, they tend to be more successful, as they have the potential for success in a range of positions.

For a ballerina, who has focused solely on dance and never considered alternative paths, a failed audition could seem like the end of a career. Generalists, who fail once, or several times, still have options.

Perhaps the greatest tennis player of all time, Roger Federer didn’t start focusing on tennis until he was in his late teens. Although his parents were both tennis coaches, they encouraged and allowed him to try other sports and hobbies before he decided he wanted to specialize in tennis.

Roger’s no anomaly, either. Unlike Tiger, most sports greats undergo extensive sampling periods, during which they play other sports before dedicating themselves to just one. For generalists, sampling is essential to success for people in all fields.

One of Epstein’s favorite examples is Gunpei Yokoi, who didn’t score well on his electronics exams and had to settle for a job as a maintenance worker at a playing card factory in Kyoto. Although he wasn’t at the cutting-edge of technology, Gunpei ended up innovating the application of old tech to create one of the most popular gaming consoles ever made, the Nintendo Gameboy.

Although, he wasn’t at the top of his field, Gunpei’s range of generalist knowledge and innovative mind allowed him to see new ways for using the technology already in existence.

Data taken from social media networks also reveals how sampling and a range of generalist knowledge can lead to success. According to a LinkedIn study of 500,000 members, one of the best predictors for promotion to a future, executive-level position is the number of different job positions held in the past. Each different job someone held shaved about three years from their path to the C Suite.

How to Be a Confident, Successful Generalist

In a world that celebrates specialists on national television, but rewards generalists more quietly, going through a sampling period can be frightening and disheartening.

In some sense, you have to give yourself permission to fail, to choose the wrong pursuit, or to work in a job that’s not your ultimate dream career. These small failures are actually major learning experiences that will help you inch closer to greatness.

When specialists almost always have the spotlight, you can’t compare your journey to that of a six-year-old prodigy’s. Rather, you have to try to keep sight of your own trajectory – no matter how squiggly it may be.

A generalist himself with two master’s degrees, countless writing awards, broken running records, and experience as an ecology researcher in the Arctic, Epstein recommends that generalists compare today’s version of themselves to that of yesterday.

By always striving to improve upon previous versions of yourself, you discover your passions, skills, and talents. You’ll create your own narrative, as you author your own unique success story.