Playgrounds are boring. Here’s how to make them fun again

The “prescribed play” of normal playgrounds stifles kids’ imagination and creativity. Now, this dad is rewriting the playbook for fun with inclusive playgrounds.
Watch on YouTube
Up Next
Now Playing
This haptic suit lets you 'hear' music through your skin
5:54 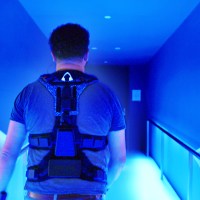 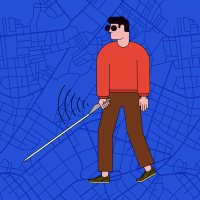 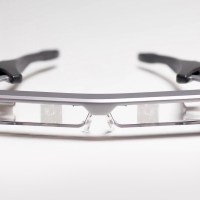 One father in Portland, Oregon is helping build the parks of the future with inclusive playground equipment that makes play accessible to all. Play is a fundamentally important part of early childhood development. Playgrounds are meant to help kids imagine, investigate the world, develop motor skills, and perhaps most importantly – make new friends.

But playgrounds that only cater to certain groups of children cause exclusivity and can be incredibly limiting for those with disabilities. With most components of standard playgrounds requiring lots of physical activity, children with ability impairments have been left on the sidelines.

As modern society moves closer to making its institutions more accessible, playgrounds have lagged behind – until now. Harper’s Playground, a nonprofit organization dedicated to redesigning parks with handicap accessible playground equipment, is giving all kids equal access to the playground experience.

Designing An Inclusive Playground for Kids

Most of us are all too familiar with the typical playground set-up. Monkey bars, swings, and slides, all accessed by a labyrinth of steps and surrounded by a sea of sand or wood chips. While the intention of these public playgrounds is to give kids a safe and fun place to play, many children are unable to access all of the equipment because of the way it’s constructed.

Harper’s Playground was created for just this reason. It’s founder and executive director, G Cody QJ Goldberg, wanted to build a place where his daughter could play freely, without restrictions. After his daughter Harper was born, Goldberg and his wife were told that she would never be able to walk or talk.

When she was four years old, the family took Harper to a local playground for the first time. But what was meant to be a fun outing quickly turned frustrating when Harper’s walker became stuck in the wood chips surrounding the park’s play structure. A year later, Harper’s Playground began work on their initial designs.

What are their accessible playgrounds like today? For starters, Harper’s Playground uses spiral walkways leading to activities, rather than steps, where kids in wheelchairs ride alongside those on skateboards. Slides are built extra wide so a caregiver and a child can go together. Play areas are wheelchair and walker accessible – without materials like wood chips.

Goldberg describes the organization’s methodology behind designing radically inclusive playgrounds as one with three “levels of inviting.”

“The space has to be physically inviting, so if you use wheels you can get absolutely everywhere. Then we say it should be socially inviting, with circular seating areas, communal gathering spaces and the use of nature. And then the third level is what we call emotionally inviting, and that’s by using art, good design lines, music, and things that put us in an even better emotional state.”

Another important aspect of their design principles is that they don’t strictly cater to children with ability impairments. The parks are not meant to restrict any child from access to play. The equipment and layout provide access to a fun playground experience for all.

“We met an individual who didn’t actually realize that it was an inclusive playground. They just realized that it was a park for everyone,” Goldberg says. By providing a space for all children to play alongside each other, Harper’s Playground has created an opportunity for increased understanding and camaraderie.

Inclusive Playgrounds Spread Across the Country

For Goldberg and Harper’s Playground, the years of fundraising, designing, and consulting prospective builders are beginning to pay off. The nonprofit was able to raise awareness of their mission after landing a featured story spot on the TODAY Show, and when Goldberg delivered a TED Talk on the inclusive playground model.

Their vision is now spreading across the county. While the original Harper’s Playground is located in Portland, Oregon, similar playgrounds have popped up throughout the state, in Wabash, Indiana, Bainbridge Island, Washington and Cedar Falls, Iowa.

As the inclusive playground model catches on, others are looking to join the movement to give those with ability impairments the chance to finally play like kids. Harper’s Playground partners with those interested in building a park of their own, offering comprehensive how-to workshops and manuals. The nonprofit hopes to eventually spread across the country and, ultimately, the world.

“Changing the way playgrounds are built around the entire world will have a ripple effect… It will affect the way schools are designed and built, and it will affect how the workplace is treated, and then ultimately it will change the way people with disabilities are thought of and treated,” Goldberg discusses.

The mascot of Harper’s Playground, featured in the play structures, is the sea turtle. Goldberg explains that this is because sea turtles struggle to move around on land, but in the water they soar like eagles. Harper’s Playground’s model is giving all kids the chance to soar and in doing so, it’s showing them that they’re capable, they matter, and they belong.