A discovery by MIT researchers could finally unlock the door to the design of a new kind of rechargeable lithium battery that is more lightweight, compact, and safe than current versions, and that has been pursued by labs around the world for years.

The key to this potential leap in battery technology is replacing the liquid electrolyte that sits between the positive and negative electrodes with a much thinner, lighter layer of solid ceramic material, and replacing one of the electrodes with solid lithium metal. This would greatly reduce the overall size and weight of the battery and remove the safety risk associated with liquid electrolytes, which are flammable. But that quest has been beset with one big problem: dendrites.

Dendrites, whose name comes from the Latin for branches, are projections of metal that can build up on the lithium surface and penetrate into the solid electrolyte, eventually crossing from one electrode to the other and shorting out the battery cell. Researchers haven’t been able to agree on what gives rise to these metal filaments, nor has there been much progress on how to prevent them and thus make lightweight solid-state batteries a practical option.

The new research, being published today in the journal Joule in a paper by MIT Professor Yet-Ming Chiang, graduate student Cole Fincher, and five others at MIT and Brown University, seems to resolve the question of what causes dendrite formation. It also shows how dendrites can be prevented from crossing through the electrolyte.

Chiang says in the group’s earlier work, they made a “surprising and unexpected” finding, which was that the hard, solid electrolyte material used for a solid-state battery can be penetrated by lithium, which is a very soft metal, during the process of charging and discharging the battery, as ions of lithium move between the two sides.

This shuttling back and forth of ions causes the volume of the electrodes to change. That inevitably causes stresses in the solid electrolyte, which has to remain fully in contact with both of the electrodes that it is sandwiched between. “To deposit this metal, there has to be an expansion of the volume because you’re adding new mass,” Chiang says. “So, there’s an increase in volume on the side of the cell where the lithium is being deposited. And if there are even microscopic flaws present, this will generate a pressure on those flaws that can cause cracking.”

Those stresses, the team has now shown, cause the cracks that allow dendrites to form. The solution to the problem turns out to be more stress, applied in just the right direction and with the right amount of force.

While previously, some researchers thought that dendrites formed by a purely electrochemical process, rather than a mechanical one, the team’s experiments demonstrate that it is mechanical stresses that cause the problem. 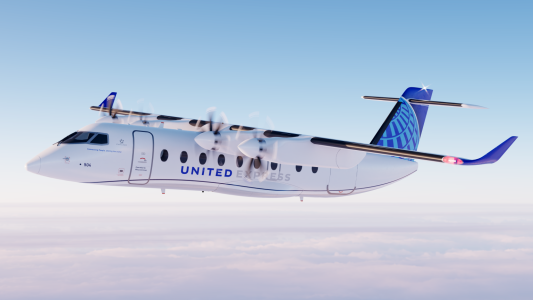 A Swedish startup has joined the race to build the world’s first electric airplane to help reduce the carbon impact of flying.

Transportation
This Swedish start-up is building an electric airliner
Subscribe to Freethink for more great stories
Subscription Center
Sections
Video
Freethink
Subscribe
We focus on solutions: the smartest people, the biggest ideas, and the most ground breaking technology shaping our future.
Subscribe