“I’m an entrepreneur. ‘Ambitious’ is my middle name,” Kim Kardashian once said.

Actually, her middle name is Noel. But otherwise, she’s right: To start a business (and succeed at it), you need — apart from starting capital, a business plan, organizational skills, a strong work ethic, common sense, a flexible labor market, a favorable tax climate, and (if it’s not too much to ask) good health and education — to dream big, or go home.

So, what do budding entrepreneurs dream of when they want to start a business? At the beginning of this year, start-up facilitator Zen Business investigated which keywords people across the world search for online in combination with their local language equivalent to the term “start a business.”

The results are herded together into 11 color-coded categories, including Food & Drink, Beauty & Cosmetics, and Logistics & Infrastructure. And the winner is: Clothing. But not by far. It’s the most popular option in just 22 countries worldwide, followed hot on its Louboutins by Real Estate (19 countries).

The real fun is comparing the actual top answers per country — the similarities, but most of all, the differences. Let’s have a continent-by-continent look at the results.

If anything has reliably grown in Europe over the past decades, it’s house prices — hence, the popularity of real estate as the first preference of those aiming to start a business (in Germany, but also Iceland, Estonia, Croatia, Montenegro, Greece, and Cyprus). Clothing and fashion are popular choices across the continent, from Portugal to Finland. Various personal services industries are number one in France, UK, and Czechia (all cleaning), Spain (laundry), and Latvia (sewing).

Notably, yet another thing Ukraine shares with its Western neighbors rather than with Russia: Its young entrepreneurs prefer opening coffee shops (like their counterparts in Moldova and Romania) to franchise businesses.

Tourism is the preferred career move for start-ups in relatively poor countries like Albania (travel agency), North Macedonia (hotel), Belarus (hostel), Armenia (tour operator), and Georgia (just general “tourism”). On the other side of the spectrum, Norwegians and Swedes clearly have too much money on their hands. The best idea they can come up with is to invest it — presumably, in somebody else’s idea.

Don’t think that the aspiring Italian businessmen and women are too refined. Their number one business ambition is not dealing in designer gear but handling scrap metal. However, the prize for Europe’s least ambitious business dream arguably goes to the Maltese. More than anything else, they would like to start a phone case business. Come on, Malta: being small doesn’t mean you can’t dream big!

Retail and e-commerce are the most popular queries when starting a business — hence, the popularity of clothing (Canada, Mexico, and elsewhere) and food (Cuba, Costa Rica, and more). In that sense, the U.S. preference for a service industry (cleaning) is atypical. Two even more remarkable outliers are in the Caribbean: Jamaica, where would-be entrepreneurs see lip gloss as the ticket to corporate success, and Haiti, where it’s recycling.

As Zen Business knows: “In Haiti, recycling entrepreneurs earn an average of $3,000 a year by collecting plastic and trading it into the Plastic Bank, an international corporation that offers money and other benefits in exchange for waste.”

What South America lacks in diversity, it gains in focus. Local start-ups know what they’re good at — or want to be good at: either food (from sweets in Brazil and baked goods in Venezuela to fast food in Chile) or clothing.

Suriname is the odd one out, a position that it’s well accustomed to, as one of only two non-Latin countries in South America. Here, “security” is the most searched for start-up business. It’s probably not a good sign when private security is a country’s most attractive career path. But if it keeps your family fed, who are you to complain?

Middle East and Central Asia: food, coffee, and just about everything in between

The most discussed start-up in Israel has to do with food, in Palestine it’s software, in Lebanon it’s real estate, and in Jordan it’s delivery. In political terms, the locals don’t get along very well, but in economic terms, that combination of skills (or rather, ambitions) sounds like a business plan waiting to happen.

Tajiks and Kazakhs would like nothing more than to open a coffee shop. Saudis and Iraqis want to ship and trade. And Uzbeks? They dream of going into the soap business. As the local proverb goes: “An empty hand is no lure for a hawk.” Nor is a dirty one.

Azerbaijanis have a weirdly specific entrepreneurial preference: dropshipping. The term describes the job of a digital middleperson who, in the words of a Wired article from 2020, “sell product they’ve never handled, from countries they’ve never visited, to consumers they’ve never met.”

Which industry do business hopefuls across Africa research online? As you would expect from such a large and diverse continent, many different things. Retail and e-commerce is a popular segment, ranging from enthusiasm for the point-of-sale industry in Nigeria to crafts in Angola and clothes in Mozambique.

The most popular choice in Kenya involves M-Pesa, a home-grown, mobile phone-based money transfer service now also popular in other parts of Africa (and as far beyond as Afghanistan). M-Pesa is a banking service without banks. Customers deposit and withdraw money from any type of trusted agent, ranging from phone time resellers to your local corner shop.

Recycling is the most popular option in several countries, from Mali to Mozambique. Amid relatively mainstream ambitions (real estate in Lesotho, import/export in Chad, cleaning in Senegal), the continent also has a few standout preferences for people with an entrepreneurial itch.

In Gambia, it’s supplements. Somalians are keen on the consulting business. Namibians, perhaps not so surprisingly given the steady stream of tourists, want to go into photography. In South Africa, the dream career is that of cooking gas refiller. And in hoity-toity Mauritius, it’s interior design.

Entrepreneurial ambitions across Southeast Asia and Oceania are extremely varied. Sri Lanka conforms to centuries-old stereotype by preferring the spice trade. Conforming to a more modern one, business hopefuls in Taiwan are going for the software industry.

The most searched for start-up business in New Zealand is lawn mowing. (I never knew that Kiwis loved their plots of grass so much — or, alternatively, that tending to them was so profitable.) Other weirdly specific preferences show up in Nepal (the liquor trade), Bhutan (the perfume business), the Solomon Islands (pig farming), and Vanuatu and Nauru (t-shirt making).

However, nobody beats the future tycoons of the Philippines for the breadth of their business ambitions. Their preferred start-up industry? Sundry. Why pick a business when you can just let business pick you? Brilliant. Kim Kardashian would be proud.

Global Development
How child mortality fell from 40% to 3.7% in 200 years
The collapse in child mortality rates is a testament to the tremendous benefits of scientific, technological, and economic progress.
Up Next 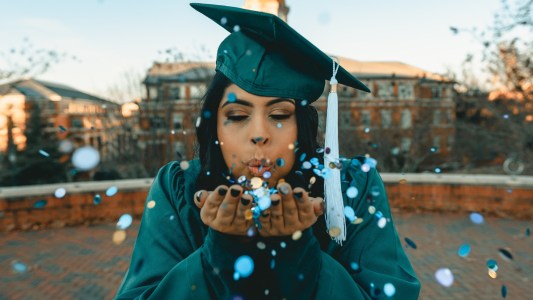 Each organization is helping people to prepare for and succeed in our fast-changing world.