An Australian startup says it has developed a technology that converts hydrogen into heat in a way that could be easily incorporated into existing coal-fired power plants.

The company is keeping the details of the tech private, but if it works as claimed, it could help clean up the world’s electric grids, which are a major source of carbon emissions and harmful air pollution.

The challenge: Electricity and heat production account for 25% of global greenhouse gas emissions, so decarbonizing those industries is a huge part of our clean energy future — and hydrogen is one promising clean energy option.

When burned with oxygen, hydrogen creates heat we can use as heat or to spin electric turbines. The only byproduct is water, making hydrogen power cleaner than fossil fuels, and because it isn’t dependent on weather, hydrogen power could be fired up on demand, unlike renewables.

Today, less than 0.2% of the world’s electricity comes from hydrogen, though.

The cost of pure hydrogen itself is one barrier to increased adoption, but the fact that our electric grid is built around fossil fuels is another — building new hydrogen power plants or retrofitting existing coal-fired plants to burn hydrogen can be expensive.

Within minutes of introducing oxygen and hydrogen to HERO, the material heats up to temperatures above 700 C (1292 F) — hot enough for electricity generation or thermal heating applications.

The process itself doesn’t produce any greenhouse gas emissions, and the only byproduct is water. HERO doesn’t have cost or safety issues, either, Star Scientific Chairman Andrew Horvath told Bloomberg, and could be easily incorporated into coal-fired power plants.

“[HERO is] plug-and-play,” he said. “It is quickly deployable. It’s a lot smarter to work with.”

The caveats: HERO has won several awards, including Emerging Technology of the Year at the 2020 S&P Global Platts Global Energy Awards, which are often described at the “Oscars” of the energy industry.

Mars Food — the multibillion dollar manufacturer known for its candies — has agreed to pilot HERO at one of its Australian factories, and Star Scientific has several other trials in various stages of deployment.

Those signs all point toward the company having developed something worthwhile — however, it hasn’t made any detailed research on the tech available to the public, so it’s hard to say just how impressive this secret catalyst is.

The big picture: Even if HERO would make it easier to transition our existing electric grid to hydrogen power, the biggest hurdle still remains: the lack of green hydrogen.

Hydrogen may be the most abundant element in the universe, but on Earth, it’s tied up with other elements (like oxygen, in water molecules). Extracting hydrogen itself requires energy — and currently, 95% of the time that energy comes from fossil fuels.

If we can scale up the production of green hydrogen, HERO could be a key part of our emissions-free future.

If we were to adopt hydrogen power with existing sources, we’d just move the emissions-producing part of electricity generation to a different stage of the process, rather than eliminating it.

However, if we can scale up the production of green hydrogen, using electricity from renewables or another climate-friendly process, HERO could be a key part of our emissions-free future — assuming it works as advertised. 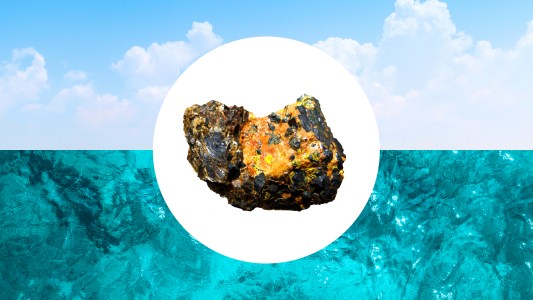 Seawater contains millions of tons of uranium, but it’s too expensive to extract. A new material may change that.

Clean Energy
Researchers have found a way to pull more than 95% of uranium from seawater
Subscribe to Freethink for more great stories
Subscription Center
Challenges
Video
Freethink
Subscribe
We focus on solutions: the smartest people, the biggest ideas, and the most ground breaking technology shaping our future.
Subscribe