Our ability to prevent the worst aspects of climate change hinges on a swift, widespread transition away from fossil fuels and toward carbon-free sources, such as wind energy.

Wind energy is growing rapidly in the U.S., more than doubling since 2010, with nearly 60,000 utility-scale turbines installed across the country.

Wind power isn’t without its downsides, though, and the team behind the international Re-Wind project is working to overcome one of the biggest disadvantages of wind energy: decommissioned wind turbine blades currently piling up in landfills.

Wind energy might be the simplest renewable at our disposal. As the wind blows, it causes wind turbine blades to rotate. That mechanical energy then spins a generator, which produces electricity.

Larger blades provide more surface area for the wind to hit, which means they can generate more electricity. For that reason, blades have been getting bigger and bigger — today, some industrial wind turbine blades are longer than a football field.

The problem is that the blades only have a lifespan of about 20 years, and the industry hasn’t figured out how to dispose of its decommissioned blades in an environmentally friendly way.

Their large size makes transporting wind turbine blades expensive and complicated, so repurposing them is difficult. Additionally, the blades are made of fiberglass, a non-biodegradable material that is super-durable and hard to recycle.

With no other viable alternatives, wind energy companies have sent thousands of decommissioned blades to landfills, and tens of thousands more are expected to join them in just the next few years.

Those blades are from some of the earliest wind energy installations, too, meaning they aren’t nearly as big as the ones that will be decommissioned in the future.

While others look at the massive size and fiberglass composition of decommissioned wind turbine blades as hurdles to reuse, Re-Wind sees them as potential assets.

Since 2016, the group — a collaboration between researchers in the U.S., Northern Ireland, and the Republic of Ireland — has been looking for ways to incorporate blades into civil engineering projects.

These projects focus on the construction of large structures (bridges, buildings, roads, etc.), and the Re-Wind team thinks massive decommissioned wind turbine blades could serve as useful building materials for them —  a theory they’re now putting to the test.

Wind turbine blades could become everything from skate parks to stadium bleachers.

In December, a wind farm in Belfast donated three 40-foot-long blades to Re-Wind, which is  now studying the blades’ structural integrity at the Cork Institute of Technology.

If the blades hold up to scrutiny, the researchers will build a footbridge from them, using the recycled parts in place of the standard steel girders. In April, officials in Ireland’s Cork County then plan to install the bridge along a bicycle route.

The Re-Wind team is also working with an electric power company to see if wind turbine blades can be repurposed into power towers.

They’ve already secured three blades for that project and expect to have towers installed on a Kansas wind farm by next summer for durability testing.

While the bridge and power tower projects are both underway, they’re just two of Re-Wind’s many ideas for repurposing decommissioned wind turbine blades.

In 2018, the project published a paper with more than 20 suggestions, noting how the blades could become everything from skate parks and stadium bleachers to wave attenuators and noise barriers.

Given how many wind turbine blades are expected to be decommissioned in the near future, the group should have no shortage of materials with which to test out any potential solution it can think of — and hopefully, find one or more that could make a real dent in the wind energy industry’s waste problem. 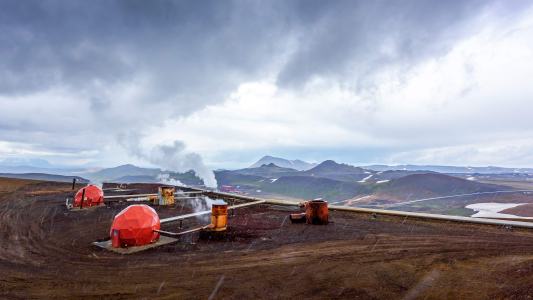 Geothermal energy may be the key to bringing reliable, clean energy to the world.

Clean Energy
Geothermal energy is on the verge of a big breakthrough
Subscribe to Freethink for more great stories
Subscription Center
Challenges
Video
Freethink
Subscribe
We focus on solutions: the smartest people, the biggest ideas, and the most ground breaking technology shaping our future.
Subscribe