A car-airplane hybrid vehicle called the “AirCar” has earned an official Certificate of Airworthiness (CoA) from the Slovak Transport Authority (STA).

So, what is the AirCar and what might it mean for global transportation?

The vehicle: The AirCar is a two-seat vehicle with four wheels and a fossil-fuel powered engine — in that respect, it’s like most cars on the road. However, it also has retractable wings that, when extended, allow the vehicle to take off from a runway like an airplane.

This transition from car to plane takes just 2 minutes and 15 seconds.

The AirCar needs to reach a speed of 75 mph on a runway to get airborne, and once in flight, it can reach an altitude of 8,000 feet and a top speed of 100 mph.

Its range is about 620 miles — by comparison, the distance from Boston to Washington, D.C., is under 400 miles by air.

The certificate: Every country has an aviation authority that governs and regulates air travel — in the U.S., it’s the FAA, and in Slovakia, it’s the STA.

These authorities are tasked with — among other things — clearing new vehicles for flight with CoAs. To earn its certificate in Slovakia, the AirCar completed 70 hours of flight testing, which included more than ​​​​200 takeoffs and landings.

“The challenging flight tests included the full range of flight and performance maneuvers and demonstrated an astonishing static and dynamic stability in the aircraft mode,” Klein Vision, the vehicle’s Slovakia-based maker, wrote in a press release.

The transition from car to plane takes just 2 minutes and 15 seconds.

Why it matters: Because Slovakia complies with the airworthiness standards set by the European Union Aviation Safety Agency (EASA), the certificate clears the AirCar for flight across the EU.

Klein Vision can now turn its attention to making a production model of the AirCar, which it expects to have certified in about a year.

“AirCar certification opens the door for mass production of very efficient flying cars,” inventor Stefan Klein said. “It is official and the final confirmation of our ability to change mid-distance travel forever.”

The big picture: A lot of the talk lately around flying cars has focused on electric vertical takeoff and landing (eVTOL) vehicles, which take off and land like helicopters.

Those types of aircraft could be useful for ferrying people across cities as they could operate from rooftops, parking garages, or even driveways. The AirCar still needs a runway, like a typical plane, which limits where it can fly.

But because you could drive it right onto and off the runway, it may solve the “last mile” transportation issue. You don’t need to drive to the airport, park, fly, and then rent another car at your destination.

Many eVTOL prototypes are also designed to operate autonomously, the idea being that they could serve as aerial Ubers or Lyfts, providing people with rides without requiring them to know how to fly. That wouldn’t be the case for the AirCar, which can only be flown by a licensed pilot.

Before any new aircraft — autonomous or not — could start operating within cities, authorities would need to figure out how to regulate that airspace.

That still hasn’t happened in the EU, and until it does, the AirCar will likely be used like most private planes, with pilots taking it for joy rides or short flights between airports. 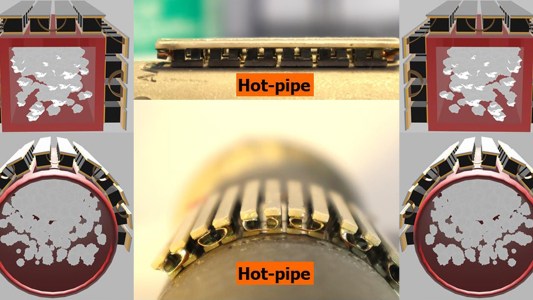