Testing a new brain implant in animals is a race against the clock for scientists: the research is limited to the amount of charge in the device’s battery.

Once that battery is drained, it must be removed and replaced, which requires the animals to undergo repeated surgeries, which can be painful and disruptive to research.

While there are some battery-free brain implants that can be powered wirelessly, they’re specialized and require bulky setups.

Now, researchers have developed a new brain implant that can be charged wirelessly using a magnetic field. They’ve already used it to control the behavior of rats — and they think it could one day make the leap to humans.

The Power of Brain Implants

Our brains are packed with cells called neurons that send information to each other, as well as cells in other parts of the body, via electrical signals.

Brain implants are designed to interact with neurons to treat some sort of medical problem, such as Parkinson’s, memory loss, paralysis, or epilepsy.

In the future — maybe — brain implants could also augment humans, connecting to other devices to super-charge our intelligence — or just let us control our smartphones with a thought.

But developing useful brain implants also means figuring out how to effectively charge them, and that’s a problem.

To power the brain electrodes used to treat Parkinson’s, for example, a patient needs a battery pack implanted under the skin in their chest. A wire then runs from that pack to their brain, and every two to five years, the patient has to have the pack removed and replaced because the battery is drained.

More recently, rechargeable versions of those batteries have come on the market, but they still require a patient to have the pack implanted in their chest.

Instead, this new brain implant is an all-in-one device that could one day eliminate the need for separate battery packs.

In 2019, a team from the Korea Advanced Institute of Science and Technology (KAIST) unveiled a neural device that sat on a rat’s head like a helmet.

Using a smartphone as a controller, the device could deliver drugs directly into the rat’s brain through a probe. It could also trigger certain neurons the researchers had programmed to be sensitive to light.

The new brain implant is a continuation of that research.

The device is still controllable with a smartphone, but rather than sitting on top of a rat’s head, it’s fully implanted. It also contains a coil antenna and Bluetooth chip that can harvest energy from alternating magnetic fields.

Those fields are harmless to animals and can easily travel through their tissue, so once a rat is fitted with the new brain implant, a magnetic field just needs to be created around its cage to keep the device charged — no need for battery-replacement surgeries.

To prove the device works, the researchers used it to control cocaine-cravings in rats by triggering specific neurons in their brains with LEDs, all from a smartphone.

The new brain implant remained charged while the rodents moved around freely in their cages during the experiment.

In the future, the researchers believe the charging tech they developed for their new brain implant could be used to power a range of devices in humans, too.

“We believe that the same basic technology can be applied to various types of implants,” lead researcher Jae-Woong Jeong from KAIST said in the press release, “including deep brain stimulators, and cardiac and gastric pacemakers, to reduce the burden on patients for long-term use within the body.” 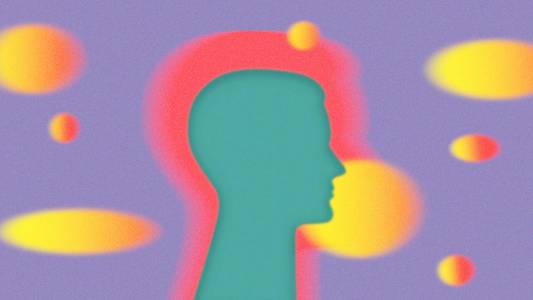 Alzheimer’s has proved difficult to treat. But solving the mystery of this ultra-rare frontotemporal dementia may unlock new understanding.

Neuroscience
4 people in the world have a mysterious dementia. Could it hold a key to Alzheimer’s?
By B. David Zarley
Subscribe to Freethink for more great stories
Subscription Center
Sections
Video
Freethink
Subscribe
We focus on solutions: the smartest people, the biggest ideas, and the most ground breaking technology shaping our future.
Subscribe