The U.K. Atomic Energy Authority (UKAEA) has announced the promising first results of an experiment designed to overcome a major hurdle to harnessing the power of nuclear fusion.

“We built MAST Upgrade to solve the exhaust problem for compact fusion power plants,” lead scientist Andrew Kirk said in a press release, “and the signs are that we’ve succeeded.”

The challenge: Nuclear fusion happens when two hydrogen atoms merge into one, releasing a tremendous amount of energy.

This is the same process that powers the sun, and it’s the Holy Grail of clean energy here on Earth — it doesn’t produce any carbon emissions or long-lasting radioactive waste, and it isn’t beholden to environmental conditions, like wind and solar power.

The problem is that nuclear fusion can only happen under intense heat and pressure.

That means we need fusion reactors to be able to not only produce those conditions, but also withstand them — if we’re constantly replacing parts, the whole process becomes financially unviable.

MAST Upgrade: Figuring out how to keep all the excess heat produced during nuclear fusion from damaging parts has become known as the “exhaust problem.”

In October, UKAEA researchers set out to solve it with MAST Upgrade, a nuclear fusion experiment featuring a device called the Super-X divertor.

The update: They’ve now announced the first results of the MAST Upgrade tests — and the diverter did exactly what they’d hoped.

“Super-X reduces the heat on the exhaust system from a blowtorch level down to more like you’d find in a car engine,” Kirk said. “This could mean it would only have to be replaced once during the lifetime of a power plant.”

The next STEP: The success of the Super-X divertor puts the UKAEA one step closer to its longer-term goal: the creation of a prototype nuclear fusion power plant.

The current plan is to begin construction on the facility, the Spherical Tokamak for Energy Production (STEP), in 2030 and have it up and running about 10 years later.

We’d love to hear from you! If you have a comment about this article or if you have a tip for a future Freethink story, please email us at [email protected]nk.com. 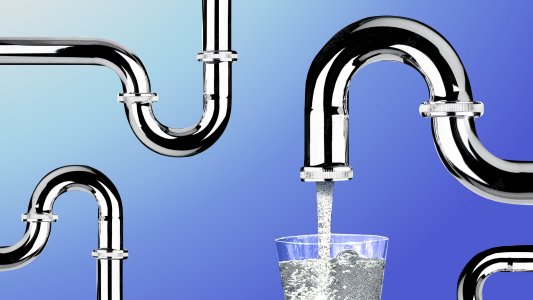 Series|Just Might Work
The case for drinking treated wastewater. (Yes, from the toilet.)
5:45
By Jack Berning
Subscribe to Freethink for more great stories
Subscription Center
Sections
Video
Freethink
Subscribe
We focus on solutions: the smartest people, the biggest ideas, and the most ground breaking technology shaping our future.
Subscribe