Watch on YouTube
Up Next
Now Playing
Father creates bionic organ for son
5:08 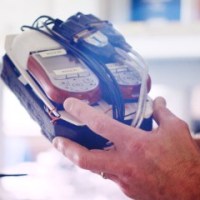 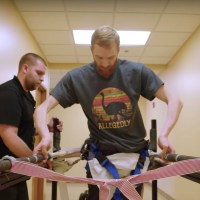 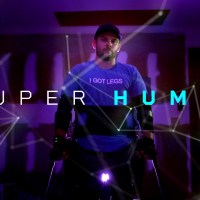 Thinking about cyborgs in real life typically conjures thoughts of pop culture works like The Matrix. Terminator. Bladerunner. Hollywood loves to sensationalize merging the body with advanced tech. But will it really be so bad? We sat down with Adam Piore, author of The Body Builders: Inside the Science of the Engineered Human to discuss why we should stop freaking out and embrace our cyborg future.

Spend any amount of time with popular futurist works of art and you’ll find that the future is something to be feared, not embraced.

But when Adam Piore, a journalist and reporter who has spent decades covering just about everything, went looking for these stories of our fearful future, he found something he didn’t expect: a future of possibilities—possibilities that just a few years ago seemed contrived at best, and dangerous at their worst.

When his research took him into the cyborg future of bodies with advanced tech like bionic arms, finger regrowth, and helmets that can read your thoughts, he learned that many futurists are actually trying to help people and humanity with their inventions and applications.

Inspired by the intersection of technology and humanity, one of Piore’s focal points is the life and story of a “real life cyborg” Hugh Herr—a rock climber that lost both his legs below the knees to frostbite while he was still a teenager. His drive to continue climbing led him to engineer prostheses that were more suited to his climbing needs.

But Herr didn’t stop there.

His pursued his interest in math and science at MIT, where he earned a PhD and began studying how the human body’s limbs work. From there, he built himself bionic legs, which he could control neurologically, instead of mechanically.

The desire to augment the human body, Piore says, represents a shift in human understanding—from the unknown of the outside world to the unknown of the human body and mind. A new cyborg future, if you will. Today, he argues, the most talented minds are pointed inwards to hack, reverse engineer, improve, and upgrade our bodies and the lives of those in need.

But Piore didn’t skirt on asking the important questions, such as whether these technologies could be weaponized or used against us, creating fear or heralding a wonderful new era.

As with most questions of this nature, it depends.

At the heart of the issue, Piore found that most of the inventions and hacks he discovered were being used to help people and could be classified more as human-interest stories than the stuff of post-apocalyptic conflict commonly depicted by Hollywood.

These heartwarming and inspirational stories, he found, illustrated human perseverance and the overcoming of challenges most of us could never imagine, such as the loss of limbs or mobility. Our cyborg future is a story about the resilience of people and the good that can be done, all in the name of helping others.

And that might just be the key. If we have good people trying to do good things with science and technology, the future looks like something that could be better for us all.