Workplace robots are often associated with pushing human workers out of their jobs.

But in numerous settings around the world, robots and related technology, like artificial intelligence, are helping humans with a range of work. This includes jobs that are high-risk and complex – and work in places where humans can’t go.

In the ancient Roman ruins of Pompeii, a robot dog called Spot has been enlisted to carry out safety patrols.

The four-legged robot can inspect “even the smallest of spaces in complete safety,” says the Archaeological Park of Pompeii, which looks after conservation for the site near Naples in Italy.

Spot will also help inspect underground tunnels dug by illegal relic hunters that are being uncovered around Pompeii. The city and around 20,000 people were buried when Mount Vesuvius erupted in AD79. The data Spot records will help his human colleagues manage the safety of the site and its workers.

In Zurich, Switzerland, a company called Swiss-Mile has developed a robot on four wheels that can speed up the delivery of goods in cities.

As well as being able to drive itself around, the “humanoid-quadruped transformer” can climb stairs and stand on its two back wheels. This means it can call an elevator, and “in future, grab packages and open doors,” the company says.

Deliveries typically get caught up in traffic as they near their destination. The idea is to let the robot handle these “final mile” delivery challenges in a faster, more energy-efficient way.

In Scotland, a big area of focus is the use of robotics and artificial intelligence in social care settings. An assisted living lab that looks like a real home has been created at the National Robotarium, a new centre for robotics and AI.

The aim is to help people live more independently, and also to give carers a break. Scotland has 1.1 million unpaid carers, the National Robotarium says, and a fifth of them say they haven’t had a break in more than five years.

Robots come in all shapes and sizes. At the Chinese University of Hong Kong, scientists are discovering new uses for a robot made from slime, the New Scientist reported.

The robot is described as the consistency of custard. But it has been mixed with magnetic particles that can be moved and controlled using external magnets. Because it’s soft, the slime can squeeze through narrow spaces with a 1.5mm diameter and grasp solid objects by wrapping around them.

In machines, the slime can perform functions like repairing circuits, the researchers say in the journal Advanced Functional Materials. In humans, the slime can potentially “swallow and transport harmful things” – like a dangerous object ingested by mistake.

In disaster zones that are hard to reach and a danger to life, robots provide invaluable support to human search and rescue teams.

These include rugged small vehicles with tracks, cameras and sensors that can search inside rubble and climb over obstacles. Teledyne FLIR, a sensing technology specialist based in Oregon in the United States, used robots like these in June 2021 when a tower block partially collapsed in the Miami suburb of Surfside in Florida.

In Japan, university teams are developing another type of search and rescue robot – a hose-like robot with a video camera called the Active Scope Camera that can search inside collapsed buildings. Drones also help search and rescue teams see disaster sites from above.

Sewers are another setting where robots are helping humans tackle tough jobs.

Fatbergs – big lumps of fat, nappy wipes and other items that have been flushed down drains – are a growing problem. They clog up water pipes and can cause floods.

Sewer Robotics, a company in the Netherlands, specializes in making crawler robots that inspect, clean, cut and maintain underground pipes. Its robots are armed with high-pressure water jets that can break up fatbergs, reported Wired.0 seconds of 1 minute, 36 secondsVolume 90%

Alongside specialist robots like these, other types of automation are changing the nature of work.

In its Future of Jobs Report 2020, the World Economic Forum predicts that 97 million new roles may emerge by 2025 as automation accelerates. This is more than the 85 million jobs globally that technology is predicted to displace.

In a blog for the Forum, automation expert Pascal Bornet says intelligent automation will free up workers to take on more creative elements of their work.

“It helps employees to do work faster, better, but also to have more time to focus on what really matters,” he says. 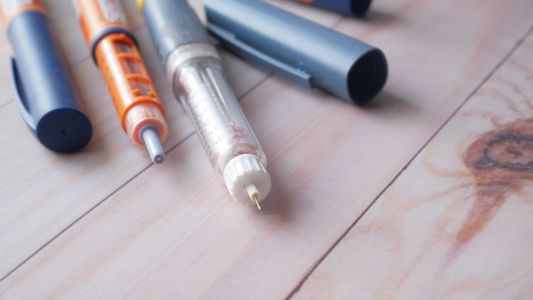