This year, a California startup plans to begin mass-producing a car that would never need gas or a charge.

It’s called the Aptera, and it’s covered in 180 solar cells.

On a clear day, those cells can harness enough energy to transport the car more than 40 miles — 10 more miles than the average American drives per day.

As appealing as this “never charge” solar car sounds, it’s not likely to ever supplant electric or gas-powered vehicles, but it could make them more efficient.

Transportation is the biggest contributor of greenhouse gas emissions in the U.S., and road transportation — trucks, passenger cars, etc. — produce more than half the sector’s emissions.

Transitioning from gas-guzzling vehicles to electric ones can eliminate those emissions, but if the electricity for the cars comes from fossil fuels, they can still have a negative impact on the environment (albeit a smaller one).

This negative impact can be minimized by making EVs as efficient as possible — if they can go farther on the same amount of electricity, people won’t need to charge them as often.

Right now, though, only about 80% of the electricity that goes into an EV is actually used to move it — the rest is lost to wind resistance, tire friction, drive system inefficiencies, and other factors.

The Aptera is reportedly more than 90% efficient, thanks to a number of design choices made by its creators.

The body of the solar car is designed to be aerodynamic, like that of an aircraft, to minimize drag. It’s also built from ultra-lightweight materials, but its frame is as strong as steel thanks to an arched, eggshell-inspired shape.

The solar-powered car has just three tires, instead of the usual four, and they’re designed to minimize rolling resistance.

The Aptera’s interior electronics are built from energy-efficient materials, including low-resistance wires and low-power displays, and an automatic heat-removal system reduces the air conditioner load.

While the cells on the solar car can harness enough power for the average day’s commute, its battery can store enough charge to drive 1,000 miles.

In case of inclement weather, drivers can power up at the same charging stations used by regular EVs, and after just 15 minutes, they’ll have enough battery life to drive 150 miles, according to the manufacturing.

The Aptera has a starting price of $25,900, and about 7,500 people have already placed deposits for one of the vehicles.

The startup’s goal is to begin mass-producing the solar-powered car this year, and if it can pass safety tests, deliveries will begin in late-2021.

Clearly, there is some kind of market for the solar car, but it’s a narrow one: people who live in places that get plenty of sun, even in winter, and who aren’t bothered by the fact that their car only seats two people (and looks really weird).

Many of the design elements that Aperta has built into its solar-powered car could also help improve the efficiency of EVs, though, so even if the car itself isn’t the next big thing in transportation, elements of it could be. 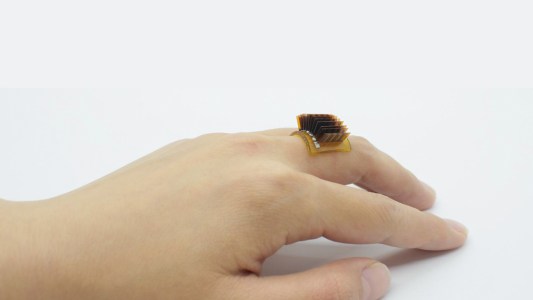 Researchers have developed a low-cost wearable device that can turn body heat into energy — improving battery life for your essential devices.

Clean Energy
A new device can use your body heat to increase battery life
Subscribe to Freethink for more great stories
Subscription Center
Sections
Video
Freethink
Subscribe
We focus on solutions: the smartest people, the biggest ideas, and the most ground breaking technology shaping our future.
Subscribe