United Airlines is buying 15 supersonic jets from Denver-based startup Boom Supersonic, and it expects to begin carrying passengers on the ultra-fast planes before the end of the decade.

The background: Sound travels at a speed of about 767 miles per hour. Anything moving faster than that is traveling at a supersonic speed.

The challenge: While those supersonic jets had an obvious appeal — shorter flight times! — they also had a lot of downsides.

To reach supersonic speeds, they needed to carry and consume a lot of fuel. That meant the jets produced more emissions and cost way more than subsonic flights — tickets prices could reach $15,000, limiting the number of people who could afford to fly on the jets.

Supersonic jets also produce thunder-like noises called “sonic booms.” These can be so loud, they can be heard by people on the ground and can even rattle windows or damage property (depending on how low the plane is flying).

Due to those noises, supersonic travel over land has been banned in the U.S. since the ’70s, which means the jets can only fly transoceanic routes — another major market limitation.

The Overture: Boom’s in-development Overture jets have the potential to overcome at least some of these limitations.

The jets will be “net-zero carbon from day one,” according to Boom, meaning they won’t produce more carbon than they remove from the environment. Instead of traditional jet fuel, Boom claims they will run on sustainable aviation fuel, made from waste oils, plants, and other organic matter.

A United spokesperson told Market Watch that the goal is for the supersonic jets to be 75% more efficient than the Concorde, which could cut costs for passengers (though they said it was too soon to put an exact price on tickets).

United’s goals is for the supersonic jets to be 75% more efficient than the Concorde.

The supersonic jets will still be loud, but it seems both Boom and United are content to stick to transoceanic routes, at least initially.

The cold water: The agreement to buy the 15 supersonic jets is contingent upon Boom’s ability to actually make them — right now, the Overture is still just a concept.

The jets will need to meet United’s safety and operating requirements, but if Boom is successful, United has an option to buy up to 50 of the aircraft.

Looking ahead: If everything goes according to plan, Boom’s supersonic jets will be ready to fly in 2026 and will start carrying United passengers out of Newark and San Francisco in 2029.

Supersonic flights to Europe and Asia from those locations will take about half as long as they would via traditional aircraft — passengers will be able to get from New Jersey to London in just 3.5 hours, instead of 6.5, and from California to Tokyo in just 6 hours, instead of more than 10.

“At speeds twice as fast, United passengers will experience all the advantages of life lived in person, from deeper, more productive business relationships to longer, more relaxing vacations to far-off destinations,” Boom CEO Blake Scholl said in a press release.

We’d love to hear from you! If you have a comment about this article or if you have a tip for a future Freethink story, please email us at tips[email protected]. 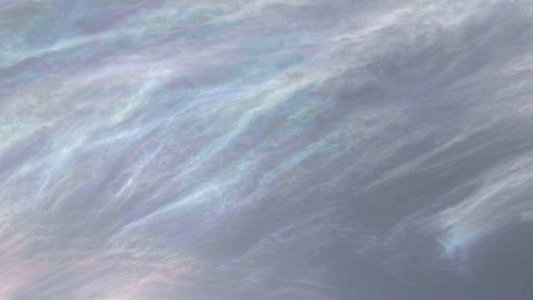 NASA’s Curiosity rover has captured images of colorful clouds on Mars, forming at higher altitudes and earlier in the Martian year than expected.