Last week, Consumer Reports refused to recommend Tesla’s new Model 3 sedan because of “big flaws” with its emergency braking. After extensive testing, CR found that the Model 3 took over 150 feet to brake from 60 mph to a full stop. That is 19 feet longer than what Tesla claimed in its own testing and 21 feet further than comparable new cars. Unsurprisingly, Tesla promised to fix the braking problem—but amazingly, they solved it in a week, with an over-the-air software update. CR now recommends the Model 3, and it marks the first time that a car braking issue has been fixed with code. This dramatically demonstrates how cars are becoming more than mere physical machines.

“Big Flaws”: Emergency braking power (how rapidly you can slow down and the distance it takes to stop) is a huge metric for car safety. Bigger cars have more mass and therefore typically take longer to stop. But CR found that the compact electric sedan took 25 feet longer to stop than Tesla’s own SUV, the Model X, about 7 feet more than a full-sized Ford F-150, and 21 feet more than the industry average for comparable sedans. CR hunted down an existing Model 3 owner who let them borrow his car to make sure it wasn’t just a problem with their test vehicle, and they found the same issue was affecting Model 3s on the road now.

Worse than “Not Great”: This did not mean that Model 3s were more dangerous than cars on the road now, even if they didn’t stack up to other new cars—150 feet isn’t a catastrophe, even if it takes getting used to. More importantly, the braking was inconsistent. In CR’s first test, they recorded 130 feet, much like Tesla’s house testing, but all subsequent results were much longer. Comparing their findings to Car and Driver‘s tests, they discovered a “bizarre amount of variation” in Model 3s. One test from 70 mph took “an interminable 196 feet” to stop—two-thirds of a football field. This kind of variation is a bigger flaw than consistently underwhelming performance, because drivers (and Tesla’s “Autopilot” driver assistance program) may not be able to accurately predict how the car will behave.

3-Alarm Emergency: For a new luxury car (albeit one marketed to a mass audience), failing to get a CR recommendation is a big deal. Failing for a safety issue could be a debacle, and Tesla cannot afford more Model 3-related or safety-related PR problems. Plagued by delays and production problems, and coming on the heels of a couple of high-profile Autopilot crashes, Elon Musk was motivated to get to the bottom of this and solve it quickly. He spoke at length with CR’s director of auto testing, and Tesla engineers worked overtime to isolate the issue.

“Unheard Of” Improvement: The variation provided a clue that the issue was not mechanical—Model 3s could stop around 130 feet, but sometimes they took much longer. After a few days of testing, Musk told CR that the engineers believed the issue was caused by a “calibration issue with the braking control system.” Tesla coded a software patch and pushed it out over-the-air. CR tested the Model 3 again, and, as promised, braking distance was consistently shortened by 20 feet. CR says improving basic car functionality, like braking, with a remote update is “unheard of” and “an industry first.”

“Cars” as Operating Systems: While they’ve never done anything as impressive as altering basic car function, this isn’t the first time Tesla has made major improvements to its vehicles with a remote update. In 2016, CR found that Teslas’ “summon” mode could be triggered accidently, causing the self-parking program to crash into things, but Tesla rapidly pushed out a fix. In early 2017, Tesla remotely installed “automatic emergency braking” on Model S and Model X vehicles out on the road. And last September, during Hurricane Irma, Tesla sent out an update that unlocked extra battery power and increased the range of the electric cars in the path of the storm. Eventually, Tesla hopes to send out the mother of all car upgrades and turn all of its existing fleet into fully self-driving cars. The software isn’t quite there yet, but they’ve been building the hardware they think they’ll need to make it work into all of their cars so, one day, they’ll be ready for turn-key automation. 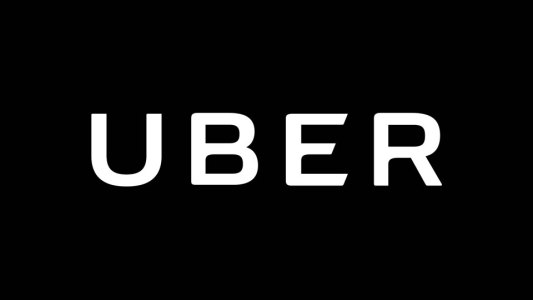 Uber turned off the emergency braking function in its self-driving cars because of “erratic vehicle behavior.”