The basic idea, which has been around for a while, was to magnetically levitate passenger pods and have them zip through almost airless tubes spanning between cities. The lack of friction and air resistance would allow the pods to reach speeds upwards of 760 mph, much like aircraft flying at high altitude, Musk wrote.

Soon, a handful of startups were pursuing the technology, and now, one has become the first to actually transport passengers in a hyperloop pod — but the tech is still far from ready to transform the future of transportation.

In 2017, Virgin Hyperloop unveiled the world’s first hyperloop test track in the desert outside Las Vegas.

Since then, the company had conducted hundreds of tests on a 500-meter track, but it wasn’t until November 8 that it tested the system with people on board.

Those first passengers — Josh Giegel, Virgin Hyperloop’s co-founder and CTO, and Sara Luchian, its director of passenger experience — made the trip down the short track in just 15 seconds, reaching a top speed of 107 mph.

The first passenger test is a significant hyperloop development — but whether the transportation system will ever make good on its grand promises is still far from certain.

Though Giegel and Luchian emerged from the test pod unscathed, there are countless safety concerns that would need to be addressed in the real world, and certainly at the 760-mph speeds that Hyperloop promises for its pods — literally faster than a gunshot.

“Maintaining safety at such high speeds is very important, and all of the unforeseen disasters need to be engineered into the system,” Constantine Samaras, associate professor of civil and environmental engineering at Carnegie Mellon University, told the Verge.

The risks of traveling at bullet speed, especially inside a steel vacuum tube hundreds of miles long, are certainly not trivial.

“An earthquake? The vacuum tube breaks? The train somehow punches through the tube?” Samaras continued. “At such high speeds, these events amplify the danger, and so safety has to be paramount.”

Musk’s original proposal asserts that hyperloop will be built with “the necessary flexibility to withstand the earthquake motions while maintaining the Hyperloop tube alignment” by building it on pylons with movement dampeners.

Aside from the cost and engineering challenges, that’s easier said than done, as Musk’s proposed hyperloop routes would cross over California’s active fault lines many times.

Even if developers can prove a hyperloop is safe, the system might never make financial sense.

Though estimates vary, a hyperloop route could cost upwards of $121 million per mile — far more than a high-speed rail system, contradicting early claims of hyperloop proponents that it would cost 90% less than California’s troubled high-speed rail project.

“Hyperloop projects are a long way from proving economic feasibility,” Lux Research, an independent firm that analyzes tech innovations, wrote in an April report, adding that “the issue of high costs is the most likely reason Hyperloop will fail.”

If a passenger-ready hyperloop ever does come to fruition — a big if — it won’t happen until 2040, according to Lux’s report. 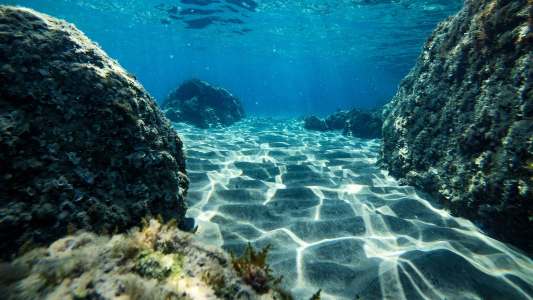 Oceans
Mapping the ocean floor with an underwater "GPS"
By Kristin Houser
Subscribe to Freethink for more great stories
Subscription Center
Sections
Video
Freethink
Subscribe
We focus on solutions: the smartest people, the biggest ideas, and the most ground breaking technology shaping our future.
Subscribe