A Nottingham Trent University (NTU) researcher has developed a technique to create life-like, 3D-printed livers based on an individual patient’s scans — giving surgeons an opportunity to practice a liver resection before their patient goes under the knife.

The challenge: Surgeons will sometimes remove cancerous tumors from patients’ livers through a procedure called a liver resection, and because no two people have exactly the same anatomy, they’ll try to find out as much as they can about the patient’s liver before the surgery.

Usually, that means studying scans on a computer screen, but occasionally, the surgeon will 3D print a replica of the organ. Those 3D-printed models are often rigid and not terribly life-like, however.

“(D)ue to the limitations of existing technologies available to them, many surgeons only discover the true complexities of an operation when they are in the midst of the live procedure itself,” Richard Arm, a member of NTU’s Advanced Textiles Research Group (ATRG), said in a press release.

Better 3D-printed livers: Arm leads a project developing materials that closely mimic the properties of biological tissues. As part of that effort, he developed a way to create realistic 3D-printed livers out of synthetic gels and fibers.

His prototype model was based on scan data from an anonymous cancer patient, and its blood vessels, tissue, and tumors all have unique tactile properties, giving the replica a life-like feel. A doctor can even use actual surgical tools to practice on it.

Why it matters: Arm obtained the scans for his project from Christopher Clarke, a consultant radiologist at Nottingham University Hospitals NHS Trust. Clarke also leant his medical expertise to the project, which he hopes will one day benefit both doctors and their patients.

“This technology could give surgeons increased confidence in each procedure they undertake, by allowing them to better understand an individual patient’s anatomy,” Clarke said in a press release.

That improved understanding could make the procedure less risky for patients, he added.

Looking ahead: Arm sees uses for his 3D-printed livers beyond helping surgeons prepare for specific operations: they could be used to train new doctors and help existing surgeons become familiar with new robotic surgery systems, too.

Currently, though, details on the 3D-printing technique are scarce — Arm is penning an academic paper on the project, with the expectation of submitting it in July.

That means we don’t yet know how long it takes to create one of the 3D-printed livers, what they cost, or what equipment is required — all variables that could affect how many surgeons (and patients) might one day benefit from the replicas.

If practicing on one of the models can improve patient outcomes, though, the impact could be huge, as resections are the most common liver surgery.

Surgery
Scientists convert kidney to universal “O” blood type
Kidneys still need to be tissue matched, but by converting them to type O, more will be available for transplant.
Up Next 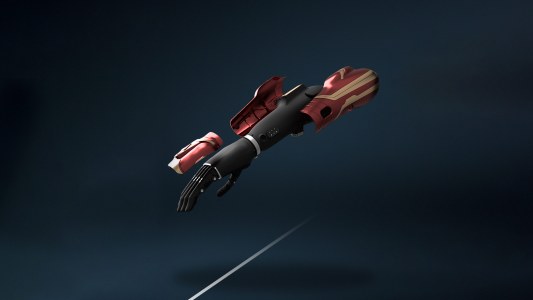 Indian startup Makers Hive has developed a bionic arm that’s not only 90% cheaper than most, but also more functional.

Bionics
Many amputees couldn’t afford a bionic arm — until now
Subscribe to Freethink for more great stories
Subscription Center
Sections
Video
Freethink
Subscribe
We focus on solutions: the smartest people, the biggest ideas, and the most ground breaking technology shaping our future.
Subscribe