It’s not the development of cancer that kills most people — it’s the spread of the disease throughout the body.

This process, known as cancer metastasis, is ultimately responsible for 90% of all cancer deaths, so squashing the disease before it has a chance to spread is essential to improving patient outcomes — and it turns out that a microbe commonly found in the mouth might one day be the key.

Our bodies are home to trillions of microbes (collectively known as our “microbiome“) that play a important role in maintaining our health, and most of these microbes reside in the colon.

About a decade ago, researchers analyzed colon cancer cells to see if they could find a connection between the colon’s microbiome and the presence of cancer — and were surprised to discover elevated levels of a bacteria more commonly found in the mouth.

At the time, scientists weren’t sure if the microbe, fusobacterium, actually had anything to do with the cancer, or if it just found colon tumors to be a hospitable place to live.

Further study determined that the bacteria was particularly abundant in the tumors of people whose cancer had already begun to spread — suggesting that there might be some connection between it and cancer metastasis.

In 2017, another group discovered that fusobacterium traveled with colon cancer cells as they spread throughout the body. Still other studies have found links between the bacteria and the spread of other types of cancers, including esophageal and pancreatic.

The general consensus among researchers has been that patients with fusobacterium in their tumor cells have a worse prognosis — but scientists are only now starting to figure out its role in cancer metastasis.

In 2020, three separate groups of colon cancer researchers have published studies suggesting that fusobacterium isn’t just along for the ride as cancer spreads from the colon to other parts of the body — it’s playing an active part in triggering that spread.

Two groups based out of China reported links between the bacteria’s effect on human cells’ gene expression and the triggering of cancer metastasis in mice with colon cancer.

The third group, scientists at Virginia Tech and Wake Forest, found that introducing the bacteria in the lab triggered colon tumor cells to produce proteins that play a role in cancer metastasis.

The pros of killing fusobacterium will need to be carefully weighed against the cons.

Now that researchers know not only that fusobacterium contributes to cancer metastasis but also how, they can start applying that knowledge to stopping it.

Blocking the production of the protein triggered by the bacteria may be worth testing. Alternatively, it might be useful to administer antibiotics that kill fusobacterium in people with early stage colon cancer — or even develop a vaccine that could do the same thing.

Of course, some bacteria in our bodies is key to maintaining good health, so the pros of taking out fusobacterium to prevent cancer metastasis would need to be carefully weighed against the cons, according to Scott Verbridge, one of the researchers behind the Virginia Tech study.

“We need to understand the physiological role of these bacteria as we can’t just go about clearing them from the body because we need them for some situations,” he said in a press release. “Oftentimes, bacteria are needed for chemotherapy to be fully effective.” 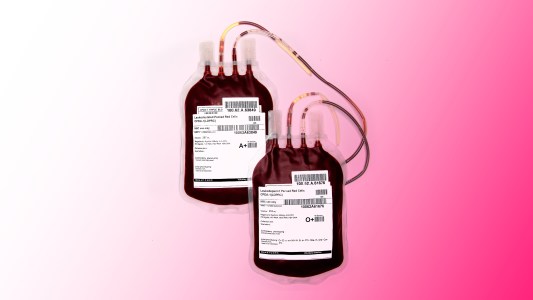 Artificial blood could help address blood shortages while overcoming the limitations of donated blood, which has a relatively short shelf life.

Biology
The race to get artificial blood into patients’ veins
By Kristin Houser
Subscribe to Freethink for more great stories
Subscription Center
Sections
Video
Freethink
Subscribe
We focus on solutions: the smartest people, the biggest ideas, and the most ground breaking technology shaping our future.
Subscribe