If you were suspected of having a concussion — after getting absolutely wrecked by a body check in a lacrosse game, say, much like I once did — the concussion test would feel more like a field sobriety check than a medical exam. What day is it? Where are you? Who is the president? Can you count backwards from 100 by sevens? (I very honestly told them that’d take a minute, even sans concussion.)

“That’s really all we have,” says Rachel Russo, a trauma and emergency surgeon and a clinical lecturer at the University of Michigan. Ace the pop concussion test? You are considered to not be concussed, Russo says. If you fail, further treatment may be necessary.

It’s a diagnostic protocol that clearly has room for improvement, depending more on subjective self-reported information than any kind of hard data. Researchers at the University of Michigan are attempting to build a device to change that.

And they’re using lasers to do so.

Using Lasers to See Inside Your Brain

Various molecules in the body absorb different amounts of certain wavelengths of light. If you shoot light into the body and know what to look for, you can take measurements of the molecule in question.

“What we’re doing is we’re taking enough wavelengths … so that we can look at how absorption changes with wavelength,” says Michigan’s Mohammed Islam, professor of electrical engineering and computer science.

The endgame would be a portable device, deployable on sidelines, battlefields, emergency rooms, and anywhere else people may need to get assessed after getting their bells rung.

The researchers are looking for one of those signature signals by firing concentrated infrared lasers into the brain, and measuring the reaction of a molecule called cytochrome C oxidase (CCO). CCO is a rough indicator of a cell’s metabolism, how well it is using its oxygen. If CCO levels are low, it can be a sign of cells in distress.

The powerful infrared laser being used at Michigan was initially developed to detect IEDs for the military, says Islam. Subjects are hooked to the laser emitter, which resembles a video game console. Optical fibers, like the kind used by telecom companies, then deliver the infrared beam, which passes right through the skin and skull, hitting just the right wavelength to make the CCO react.

Using the same attention tasks as in concussion tests, Islam can establish a baseline for CCO when the CCO is being used — you’re thinking hard — and when it is not. The hypothesis is that if you can measure a CCO deficit in the brain, suggesting cells in distress, it can act as an objective first-line concussion test.

The endgame would be a portable device, deployable on sidelines, battlefields, emergency rooms, and anywhere else people may need to get assessed after getting their bells rung.

There are some major challenges, though. While the team can successfully measure CCO levels, they’re not really sure what exactly it means from a diagnostic perspective. The ability to accurately measure CCO is a recent development.

“We haven’t had enough technology to actually get a measurement of it up till now,” Russo says. “It hasn’t been researched.” While we know lower levels of CCO indicate cells that are not utilizing their oxygen well, we do not know what kinds of levels indicate potential danger, or what the thresholds are for healthy or deficient CCO.

For example, a subject being asked to perform a concussion test concentration game for the first time will show high CCO, as their neurons metabolize for the energy they need, Islam says. But as that task becomes more routine, less energy is required; the CCO goes down, but the scenario is far from dire.

Only more research will sharpen what CCO can tell us. Islam and Russo believe the device may eventually be able to be used to diagnose distress in other organs as well, by dialing in the depth of the measurement.

And then there’s the classic issue of making the leap from the lab to the clinic. Islam’s an old hand at bringing innovations to market, and the prototypes of the infrared concussion laser utilize a lot of off the shelf hardware, with a minimum of moving parts. They need something that can be carried by a combat medic or a coach. Crucially, any clinical device will need to work fast, not be motion sensitive, and be easy to put on, too.

But the biggest hurdle isn’t CCO or lasers: it’s people. Age, skin color, skull size, time of day — all of it can lead to different readings. If he took a reading from your correspondent a thousand times over, Islam says, he could get a different response each time. 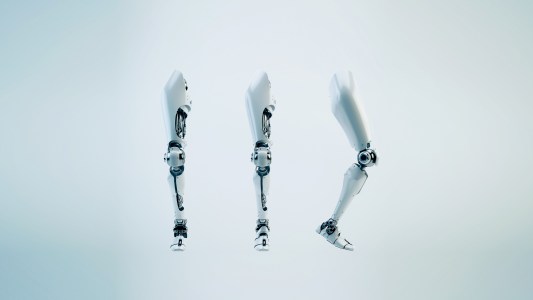 Hugh Herr, head of Biomechatronics research at MIT and hailed as a bionic pioneer, is working to close the gap between synthetic limbs and the brain.