In March, Pfizer announced the beginning of human testing for a new coronavirus antiviral, and the Telegraph has reported new details on the clinical trials.

The orally administered drug (goodbye, needles and IV bags!) aims to stop the virus from replicating inside our nose, throat, and lungs, the Telegraph reports.

The treatment is designed to be a “potential oral therapy that could be prescribed at the first sign of infection, without requiring that patients are hospitalized or in critical care,” Pfizer’s Mikael Dolsten said in Pfizer’s press release.

While the oral antiviral is not right around the corner, Penny Ward, a visiting professor of pharmacology at King’s College London (who helped develop the flu antiviral Tamiflu) told the Telegraph that if Pfizer has “moved to this stage, they will be quietly optimistic.”

Creating a coronavirus antiviral: An antiviral is different from a vaccine. A vaccine trains your immune system to recognize a virus. With this previous exposure, the immune system will have an easier time whipping the real deal if it invades.

Antivirals, on the other hand, are looking to attack the virus directly, if it has already caused an infection.

The easiest way to do this is to interfere with the virus’s ability to replicate.

Viruses need host cells in order to make more viruses. It’s at the crux of what they do: invade, hijack, replicate, repeat. Antivirals are designed to mess with that process, preventing or hindering some step in the virus’ “life” cycle.

Antivirals don’t need to totally stop viruses from replicating; the idea is “more along the lines of to slow viral replication down to allow the immune system to come in and do what it needs to do,” Ashley Brown, program director of the Antiviral Pharmacodynamics Laboratory at the University of Florida, previously told me.

Pfizer’s antiviral candidate is codenamed PF-07321332, and it is from a class of drugs called “protease inhibitors,” which have been successful in treating HIV and hepatitis C and have a history of being safely used in people.

As the pharma company explains it in their release, protease inhibitors bind to protease, which is a viral enzyme. With this enzyme gummed up, the viruses struggle to replicate inside our cells.

When they tested the drug in a lab, the antiviral not only showed “potent” anti-replication effects against SARS-CoV-2 but against its relatives as well — which include SARS and MERS, as well as cold viruses, although Pfizer didn’t say which coronaviruses they were — which means the drug could be a general coronavirus antiviral.

Pfizer’s playing their cards close to the vest, but Ward told the Telegraph that they most likely tested the antiviral against the coronavirus in human cell cultures — most likely infected lung tissue.

Testing it in people: At two sites separated by the sea, American and Belgian trials will look to test how safe the antiviral is, what side effects it may cause, and how it moves around the body.

(If your oral antiviral doesn’t get from the stomach to the lungs, throat, nose, etc., it’s not going to help very much against a respiratory disease.)

According to Pfizer documents the Telegraph obtained — which have not been independently verified by Freethink — the coronavirus antiviral has already been tested for safety in animals, with no issues.

The trial will last for 145 days and will be split into three stages. Participants will receive the coronavirus antiviral by itself or with a dose of Ritonavir — an HIV antiviral meant to act as a booster. Other stages will test different doses and different formulations (as a liquid vs. as a pill).

A dangerous race: Ward said Pfizer is in a “race against time” to create a drug that works while SARS-CoV-2 is a threat. When it comes to antivirals, that race has more potential pitfalls, setbacks, and spin-outs than Mario Kart.

Antivirals are particularly tough to bring to market, and even when they do make it, they can be expensive; Ward cites Tamiflu’s price as why the drug is not more widely prescribed in the U.K.

Pfizer’s coronavirus antiviral aims to stop the virus from replicating inside our nose, throat, and lungs.

But antivirals could be a crucial part of our continued pandemic response, helping to treat those already infected; there’s a reason the U.K. has launched an Antivirals Taskforce.

But ones with broader applications, like Pfizer’s might have, would be an even more powerful weapon: a true coronavirus antiviral would put a tweak to that old warhorse about cures and the common cold.

“Tackling the COVID-19 pandemic requires both prevention via vaccine and targeted treatment for those who contract the virus,” Dolsten said in a statement.

“Given the way that SARS-CoV-2 is mutating and the continued global impact of COVID-19, it appears likely that it will be critical to have access to therapeutic options both now and beyond the pandemic.”

Medicine
Seven science and tech breakthroughs you may have missed this year
A roundup of major science and tech achievements that flew under the radar in 2022, including new vaccines, advanced solar cells, and more.
By Kristin Houser
Up Next 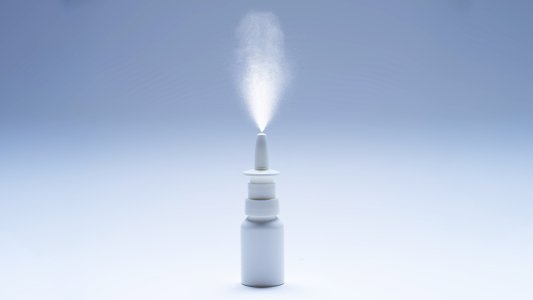 Makers of a DIY COVID-19 vaccine are talking to governments about launching human challenge trials to quickly and cheaply find out if the vaccine is effective.

Coronavirus
Would you spray this DIY COVID-19 vaccine up your nose?
By Kristin Houser
Subscribe to Freethink for more great stories
Subscription Center
Sections
Video
Freethink
Subscribe
We focus on solutions: the smartest people, the biggest ideas, and the most ground breaking technology shaping our future.
Subscribe