Stanford researchers have found that they can improve the memory of older mice by infusing cerebrospinal fluid (CSF) of younger ones into their brains — a strange but fascinating discovery that may eventually lead to ways to limit the cognitive damage of aging.

“These are the cells that basically make the insulation over the wiring between nerve cells in the brain — it’s like the plastic cover over a cable,” Stanford neurologist Tony Wyss-Coray told STAT.

That insulation, called myelin, is key to the cells communicating effectively, and young CSF caused the older mice to produce more of these cells for better insulation.

“This is a very cool study that looks scientifically solid to me,” University of Washington aging researcher Matt Kaeberlein, who was not involved in the study, told the New York Times. “This adds to the growing body of evidence that it’s possible, perhaps surprisingly easy, to restore function in aged tissues by targeting the mechanisms of biological aging.”

Brain soup: The brain and spinal cord are full of CSF, which provides a layer of protection to these critical organs and nutrients for the nerve cells. Testing CSF can be used to help diagnose some neurological conditions, but we still have a lot to learn.

“The field has lagged decades behind other areas of neuroscience,” Boston Children’s Hospital CSF researcher Maria Lehtinen told the NYT. “Largely this is because of the technical limitations in studying a fluid that’s deep inside the brain, and that turns over continuously.”

Lehtinen wrote an article accompanying the study for Nature.

Harvesting that CSF for infusion was a daunting challenge. It required extracting tiny, tiny droplets of fluid from hundreds of mice, a painstaking process that took Stanford neuroscientist Tal Iram a full year, Nature reported.

To infuse it into the older mice, Iram implanted a tiny pump on their backs, which slowly fed the fluid into their brains over the course of several days to avoid increasing the pressure in their brains.

The researchers found that they can improve the memory of older mice by infusing the CSF of younger ones into their brains.

Signs of improvement: To test whether the CSF made an impact on memory, the researcher first needed to form a clear memory that could be tested. They gave small electric shocks to the feet of 20-month-old-mice in combination with flashes of light and sound, Nature reported.

Young mice would remember such an experience for weeks, Wyss-Coray told NPR. “When they’re old, they keep forgetting about this. A few days later, they can’t remember that they were in a bad environment.”

The team infused the young CSF into 8 aging mice, with 10 control mice receiving a placebo. After three weeks, the mice were exposed to the light and sound without the shock. The mice who had received the CSF froze up almost 40% of the time, reflecting a memory of the shock, while the control mice only froze 18% of the time, Nature reported.

By analyzing the CSF and its impact on the nerve-insulating oligodendrocytes, the team picked out one protein in particular that seemed to have an impact, called Fgf17.

When mice received infusions of just Fgf17, they showed a similar improvement in memory, and antibodies designed to block the protein had a detrimental effect on memory, making them less successful in a maze test, STAT reported.

Their study suggests that CSF is an “active” fluid, capable of rejuvenating the brain, Wyss-Cory told STAT. “So it’s a source of entirely new biology that people have only just begun to pursue.”

A long way from humans: As always in medical science, however, it’s important to note mice can lie. Many a mouse has been cured of cancer or Alzheimer’s, with the resulting effects failing to show up in people.

The difficulty of extracting CSF is probably an insurmountable obstacle to clinical use, Buck Institute for Research on Aging scientist Julie Andersen told Nature; it would be invasive, and other potential impacts are unknown.

However, an artificial form of Fgf17 may be a more likely therapeutic, Wyss-Cory told STAT, although such a thing would still require years of development.

“In general, people are looking for the Holy Grail of aging, and they think there is going to be a magical factor that’s being secreted that’s just going to reverse this thing,” Mount Sinai Medical Center biochemist Jeffrey Haines, who was not involved in the study, told the NYT. 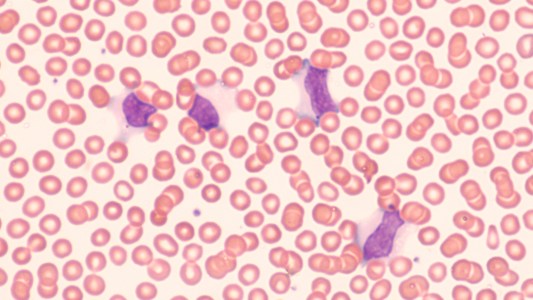 A Epstein-Barr virus (EBV) vaccine entering human trials could potentially protect against everything from mono to multiple sclerosis.