A pandemic surveillance system for the planet

New diseases can spread from a remote village in Nigeria to New York City in 36 hours. This team of scientists is developing a disease surveillance system to stop it in time.
Watch on YouTube
In partnership with Skoll Foundation
Up Next
Now Playing
How thread became critical in a pandemic
3:57 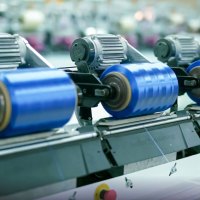 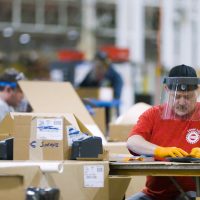 Now Playing
How to keep hospitals safe with a pandemic still raging
5:10 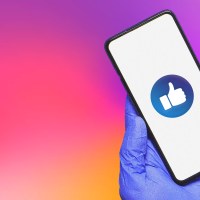 The COVID-19 pandemic has made it abundantly clear that the world is underprepared for the global spread of infectious diseases, but new technology is creating opportunities for the development of disease surveillance systems which can put humans on the offense, rather than the defense.

What the pandemic has taught the general public is something that those working in infectious diseases have known for a while: we don’t currently have adequate systems for detecting and preventing an emerging threat of a pandemic. By the time we have sufficient details on an emerging virus, it’s usually already too late to contain it.

The novel coronavirus isn’t the first, and won’t be the last, virus to threaten the global population. But experts in disease surveillance are collaborating across continents to turn the tide and prevent the next outbreak before it even starts.

What We Can Learn From the Ebola Outbreak

In 2014, while the Ebola outbreak spread quickly throughout Western Africa and other parts of the world, a collaboration across continents helped save innumerable lives. In July of that year, an infected Liberian man traveled by plane to Africa’s most populous city, Lagos, and died just five days later from the infection. Widespread fear amassed that the virus would tear through the region.

Yet Lagos, with a population of over 20 million, was able to contain the outbreak and limit the number of infections to 19 people, only seven of whom died. How was this region able to escape devastation and prevent mass casualties? In part, this outcome can be linked to a now 20-year-long partnership between scientists in Nigeria and the U.S.

Dr. Pardis Sabeti, a computational biologist and leader in the Broad Institute’s Infectious Disease and Microbiome Program, and Dr. Christian Happi, director of the African Center of Excellence for Genomics of Infectious Diseases (ACEGID), began working together over two decades ago to combat the global spread of infectious diseases.

“We started becoming really aware that so many of these infectious diseases were just going undetected,” Dr. Sabeti describes. “It started with just training a few of our lab staff and having a back and forth between the U.S. and Africa, creating a network. We were just launching that when Ebola hit.”

The well-timed collaboration led to a sharing of resources and training for professionals across the West African region on how to properly diagnose the disease. Teams were then positioned in key areas with the equipment necessary to set up diagnostics quickly. In part because of these efforts, Nigeria was declared Ebola free just three months later.

Using Disease Surveillance To Prevent the Next Pandemic

Building upon the success of this collaboration, ACEGID and the Broad Institute of MIT and Harvard have worked to develop a leading-edge pandemic preemption system. The system, named Sentinel, is designed to “detect viruses, connect data systems, and empower the healthcare community” to quickly respond to new threats of outbreaks.

Sentinel would allow healthcare workers to test for hundreds of unique viruses simultaneously, identifying high-priority viruses in an hour, all known viruses within a day, and previously unknown viruses within a week. The system’s connected applications also allow this data to be shared in real-time with local and national public health officials.

One of Sentinel’s advanced tools is SHERLOCK, a test which uses CRISPR technology to detect specific viruses in human fluid samples. If there is a new, previously unknown virus discovered in a sample, genomic sequencing can be used to identify it and create new SHERLOCK tests within 24 hours to help catch the virus before it spreads.

“You can’t address a pandemic only with tools and technologies,” Dr. Happi adds, “you need people.” Another key component of the Sentinel project is its Scout and Lookout applications. Scout allows individual users to track their daily symptoms, as well as a list of their contacts to help with contact tracing. Lookout is a desktop application which allows administrators to keep track of the number of cases, individuals tested, and more.

The world is far more interconnected today than it has ever been throughout the course of human history. While the spread of infectious diseases has always been a threat to mankind, the way in which we combat these threats must evolve.

Leveraging disease surveillance technology and working collaboratively, healthcare professionals will soon be able to predict and prevent pandemics before they happen, saving countless lives in the process. As Dr. Sabeti says, “We should never be in a situation again in which we have to stop the world to stop a pandemic.”