Researchers from Virginia Tech, Wake Forest, and University College London have taken novel measurements of dopamine and serotonin at work in a conscious brain at the same time.

Published in Neuron, the study serves as a proof-of-concept for the ability to measure two neurotransmitters at once.

It also suggests that dopamine and serotonin may be at work in deeper ways than we thought, fluctuating in fractions of a second and influencing how we perceive the world and make decisions.

Traditionally, the neurotransmitters are mainly thought of as learning signals — dopamine goes up for something good (mouse gets the cheese), while serotonin rises when something goes bad (mouse gets zapped by cheese) or says “hey wait” (ok, looks like the electricity is off now).

“(Serotonin) fluctuates up when things are uncertain,” says Virginia Tech computational neuroscientist Read Montague. Essentially, when we’re confronted with a situation where we are uncertain, serotonin builds in the brain, acting as something like a brake.

Right before an action is taken, serotonin levels drop and dopamine rises in a part of the brain associated with motion, called the putamen.

“Once (dopamine and serotonin levels) hit a certain threshold, it appears, then the action is made,” says Ken Kishida, assistant professor of physiology, pharmacology, and neurosurgery at Wake Forest School of Medicine.

Kishida believes the study demonstrates that dopamine and serotonin are playing key roles in deciding how uncertain we are when confronted with something, and then taking actions accordingly.

The study is a continuation of Montague’s work measuring the compounds that act in our brain — important data for computational psychiatry.

Virginia Tech’s Human Neuroimaging Laboratory is a hub for computational psychiatry, a field that applies objective measurements, biomarkers, and computer science techniques (including artificial intelligence) to solidify the science of psychiatry.

By putting numbers and measures to thoughts and feelings, the goal is to make mental health disorders as objectively diagnosable — and treatable — as physical diseases.

To take the neurotransmitter measurements, the team uses a technique called “fast scan cyclic voltammetry.” Basically, brain chemicals have a peak reaction to electricity at certain voltages, which will cause a signature spike, like a Silicon Valley IPO, on a voltmeter. By rapidly oscillating the voltage and measuring what happens with a special probe, they can chart when and where specific neurotransmitters are being released.

That probe was placed inside the brain of five patients at Wake Forest receiving deep brain stimulation to treat Parkinson’s disease or essential tremors. Working shoulder to shoulder with Wake Forest’s surgeons, the probe was inserted into the guide tunnels that the surgeons use to place the stimulators, where it measured the levels of dopamine and serotonin while the patients (who are awake for all this) performed a task.

Patients were shown a cloud of moving dots that disappeared after one second; they were then asked to say which direction the dots were moving, and periodically asked how confident they were in that decision. They were never told if they were right or wrong.

“The idea was to have a task where you sort of strip away that influence of immediate reward and punishment,” says Dan Bang, a postdoctoral fellow at University College London’s Wellcome Center for Human Neuroimaging.

Dopamine and serotonin are crucial neurotransmitters and a popular target for medications.

Given how important dopamine and serotonin are in psychiatric conditions, understanding if/how the neurotransmitters are actually impacting what we perceive and how we make decisions could be important to creating better therapies and diagnostic models for mental health conditions.

The research, while conducted in a small group of subjects — brave and generous subjects, the researchers point out, volunteering their brains to be tested for science that won’t benefit them directly — will be open access. Montague hopes other people will use the team’s machine learning and probe models to continue expanding and improving the work.

“I think, I think, this kind of work will get better and better as we start to train up the models,” Montague says.

Next on the docket is adding measurements of norepinephrine, the last of the big three neurotransmitters, and launching other measuring sites to help bolster the data.

“I think these transmitters are so important for what you call the way you think and moods,” Montague says.

“I think it’s going to start opening up new ways to think about this stuff. Being able to measure this stuff will be a big deal.” 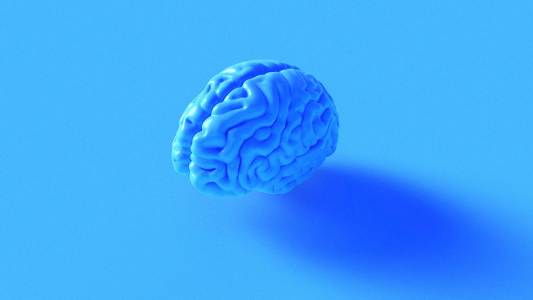 To figure out how people might benefit from brain training apps, researchers are looking for 30,000 volunteers willing to play brain games science.