Researchers have created an atomic-scale 3D map of the protein the novel coronavirus 2019-nCoV uses to infiltrate human cells — potentially a key milestone along the path to a vaccine.

Thanks to existing research on viruses, scientists from the University of Texas at Austin and the National Institutes of Health already knew that viruses use a “spike protein” to access and infect their host’s cells.

They also knew that understanding a virus’s spike protein can be useful in preventing its spread.

“The spike is really the antigen that we want to introduce into humans to prime their immune response to make antibodies against this, so that when they then see the actual virus, their immune systems are ready and loaded to attack,” lead researcher Jason McLellan at the UT Austin told Agence France-Presse.

McLellan’s team had firsthand experience studying coronaviruses similar to 2019-nCoV prior to the outbreak. They had even already developed methods for mapping the molecular structures of spike proteins, so once they obtained 2019-nCoV’s genome sequence from Chinese researchers, they set to work on mapping its spike protein.

The first step was identifying the genes that code for the spike protein and obtaining copies of those genes. Then, the UT Austin team injected the genes into cells in their lab, which prompted the cells to begin producing the spike protein.

Understanding a virus’s spike protein can be useful in preventing its spread.

After stabilizing the spike protein, the researchers mapped its atomic structure using a Nobel Prize-winning technique called “cryogenic electron microscopy,” which involved freezing the protein and then firing beams of electrons at it.

Less than a month after obtaining 2019-nCoV’s genome sequence, the UT Austin team submitted a manuscript on the virus’s spike protein to the journal Science, which fast-tracked the peer-review process in order to publish the research as quickly as possible.

“This is a beautifully clear structure of one of the most important coronavirus proteins — a real breakthrough in terms of understanding how this coronavirus finds and enters cells,” virologist Benjamin Neuman at the Texas A&M University-Texarkana, who was not involved in the work, told Agence France-Presse.

Still, identifying and mapping 2019-nCoV’s spike protein is just one step along the path to containing the ongoing coronavirus outbreak, which has already infected more than 75,000 people and killed at least 2,000.

Researchers at the NIH plan to inject the virus’s spike proteins into animals to see what sort of antibody production response they prompt. The UT Austin team is also sharing its molecular map of the spike protein with dozens of coronavirus research teams, in the hopes it will help in the development of a COVID-19 vaccine.

Ultimately, overcoming a global health emergency like the novel coronavirus will require a prolonged global response — and this team of scientists far from the outbreak’s epicenter just made a huge contribution to it.

Coronavirus
Cheap liver drug can prevent COVID-19
A cheap, readily available drug used to treat liver disease could also prevent COVID-19 infections — regardless of the variant.
Up Next 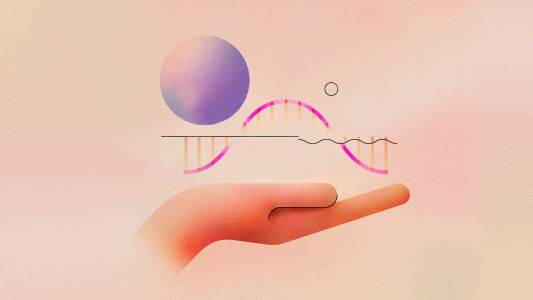 Creating a new vaccine is slow and expensive. One biotech firm thinks a “plug-and-play” vaccine could change that.

Coronavirus
How to make 100 million doses of coronavirus vaccine in a year
Subscribe to Freethink for more great stories
Subscription Center
Sections
Video
Freethink
Subscribe
We focus on solutions: the smartest people, the biggest ideas, and the most ground breaking technology shaping our future.
Subscribe