When done for five minutes a day, a simple breathing exercise called IMST can lower high blood pressure as effectively as medication or aerobic exercise, according to a CU Boulder study.

“It’s easy to do, it doesn’t take long, and we think it has a lot of potential to help a lot of people,” lead author Daniel Craighead said in a press release.

The challenge: Nearly two-thirds of Americans over the age of 50 have high blood pressure, which raises their risk of strokes, heart attacks, and other health issues.

“(T)he reality is, they take a lot of time and effort and can be expensive and hard for some people to access,” Craighead said.

From breathing to blood: The IMST technique was developed in the 1980s to help people with respiratory problems strengthen the muscles used to breathe.

During an IMST workout, a person inhales through the mouthpiece of a handheld device. The device provides resistance, making it feel like you’re sucking through a straw that’s stuck.

In a 2016 study of IMST as a sleep apnea treatment, researchers noted that the technique also lowered participants’ blood pressure.

That caught the attention of the CU Boulder team, so they launched their own study to deliberately test IMST’s ability to lower blood pressure.

The study: The researchers recruited 36 people between the ages of 50 and 79 for their trial. All of the participants had high blood pressure, but were otherwise healthy.

For six weeks, half of the participants used an IMST device with the resistance set to “high” for five minutes a day, six days a week.

The other half was the comparison group — they used the device as often, but with the resistance set far lower.

IMST results: At the end of the six weeks, the blood pressure of participants in the comparison group was the same. However, the people in the IMST group, with high resistance, saw an average reduction in their systolic blood pressure of nine points.

“IMST can be done in five minutes in your own home while you watch TV.”

Six weeks later, the participants’ blood pressure was still about 7 points lower than it had been at the start of the trial, even though they’d stopped using the IMST device.

As for how IMST can lower blood pressure, the researchers aren’t sure — their best guess is that it has something to do with the production of nitric oxide in the cells lining blood vessels.

Looking ahead: The CU Boulder team plans to conduct another, larger trial directly comparing IMST to an aerobic workout program.

Even if exercising is more effective, though, IMST could have an advantage as a treatment option — during the trial, participants missed just 5% of their IMST workouts, suggesting people might be more likely to adhere to this therapy than one that requires them to break a sweat.

“IMST can be done in five minutes in your own home while you watch TV,” Craighead said.

A trial at the University of Colorado Anschutz Medical Campus, meanwhile, is testing the ability of IMST to lower blood pressure in people with chronic kidney disease (CKD).

“There are more than 30 million people in the United States with CKD, and about 80% of them also have high blood pressure,” said co-principal investigator Kristen Nowak. “In a majority of those patients, their high blood pressure is not adequately controlled.”

This article was originally published on Freethink in July 2021. It was updated in October 2022. 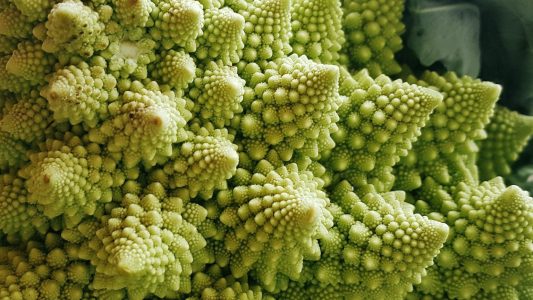 A physicist explains the molecular-level processes behind crystals, stripes, and basalt columns in nature.

Biology
Why does nature create patterns?
By Maxim Lavrentovich
Subscribe to Freethink for more great stories
Subscription Center
Sections
Video
Freethink
Subscribe
We focus on solutions: the smartest people, the biggest ideas, and the most ground breaking technology shaping our future.
Subscribe