Researchers at MIT have developed a new amputation surgery that may provide better control of prosthetic limbs — as well as less pain and greater feeling of freedom of movement in their amputated limbs.

The surgery, called “agonist-antagonist myoneural interface” or AMI, reconnects muscles that work in tandem to move the limb in question — muscles that are usually left severed in a traditional amputation.

“Through surgical and regenerative techniques that restore natural agonist-antagonist muscle movements, our study shows that persons with an AMI amputation experience a greater phantom joint range of motion, a reduced level of pain, and an increased fidelity of prosthetic limb controllability,” Hugh Herr, head of the Biomechatronics Group at MIT’s Media Lab, said in a press release.

Most muscles that move your limbs work in pairs, an agonist and an antagonist. Consider your arm, wherein one of the major muscles — the tricep or bicep — pulls on the other, stretching it, and vice-versa. (This, by the way, is why you can’t just work out one muscle or the other without causing issues.)

In a traditional amputation, these muscle pairings can be severed from one another; per MIT, that restriction of motion cuts off the muscles’ feedback to the brain, making it more difficult to have a spatial awareness of prosthetic limbs and the forces being applied to them.

“When one muscle contracts, the other one doesn’t have its antagonist activity, so the brain gets confusing signals,” MIT postdoc and study lead author Shriya Srinivasan said in the release. “Even with state-of-the-art prostheses, people are constantly visually following the prosthesis to try to calibrate their brains to where the device is moving.”

Herr knows what from when it comes to advanced prosthetics. A focus of his research is developing prostheses that work as similar to biological limbs as possible, including interacting with the nervous system both ways — prosthetics signaling to the brain, and vice-versa — which he believes will provide better functionality, as well as quality of life.

“There’s a deep, deep relationship between the functionality of the device and a person’s identity of what their body is,” Herr previously told me.

“Despite advancements in prosthetic technologies, persons with amputation today suffer great diminution in mobility and quality of life,” the authors wrote in the study, published in PNAS, a problem they chalk up to an “outdated amputation paradigm” that disregards the importance of the muscle pairings.

For their study, the researchers measured the precision of the muscle movements in 15 patients with below the knee AMI amputations. The muscles that (ordinarily) control the ankle and allow the sole of the foot to tilt inward or outward were reconnected in these patients.

The patients laid prone on their backs, legs propped up on pillows, without protheses. From this position, the researchers asked the patients to flex their ankle joints, both real and phantom, to 25, 50, 75, and 100% of their full range of motion. The movement of the leg muscles in both legs was measured using electrodes.

“The AMI patients’ ability to control these muscles was a lot more intuitive than those with typical amputations, which largely had to do with the way their brain was processing how the phantom limb was moving,” Srinivasan said.

In another paper, published in Science Translational Medicine, the researchers demonstrated using brain scans that AMI patients received more sensory feedback from their residual muscles than those with traditional amputations.

The researchers discovered another, unexpected benefit from their new amputation surgery technique: less pain, and the feeling of greater freedom of movement in their amputated limbs.

“Our study wasn’t specifically designed to achieve this, but it was a sentiment our subjects expressed over and over again. They had a much greater sensation of what their foot actually felt like and how it was moving in space,” Srinivasan said. “It became increasingly apparent that restoring the muscles to their normal physiology had benefits not only for prosthetic control, but also for their day-to-day mental well-being.”

The team also developed an AMI surgery that can be performed on those who have already had a traditional amputation, called regenerative AMI, where grafts of small muscle segments become surrogate agonists-antagonists.

Up next is developing AMI procedures for other amputation sites, including for above the knee and elbow amputations. 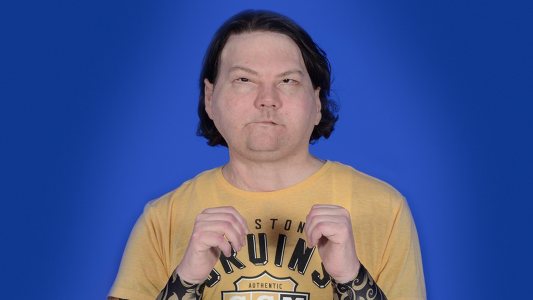 Five months post-surgery, a double hand and face transplant recipient shows no signs of transplant rejection, suggesting the procedure was a success.