Pain is, quite literally, all in our heads — when we experience a cut or burn, neurons near the site of the injury send signals to several parts of the brain, and it’s only after the brain processes those signals that we feel pain.

Today, most people in need of pain relief turn to medications that hinder the body’s ability to transmit and process these signals.

But researchers have now discovered a single part of the brain that appears to naturally stop pain in mice — and they think this “off-switch” could lead to more robust pain relief options in the future.

A New Way to Stop Pain

General anesthesia interrupts signals from pain receptors to the brain — something that’s essential, obviously, during many medical procedures.

But we don’t know exactly how or why these medications work. So in 2019, researchers from Duke University attempted to get to the bottom of the mystery by studying how the drugs affected the brains of mice.

They discovered that the anesthesia drugs not only inhibited certain neurons in the animals’ brains — as expected — but also activated some neurons.

Mice appeared to experience immediate pain relief when the neurons were activated.

The Duke scientists theorized that these brain cells, dubbed “CeAga” neurons (for the central amygdala, where they’re located, and the general anesthesia that activates them), could be part of the body’s own system for managing pain.

In their new study, published in Nature Neuroscience on May 18, the scientists used custom brain mapping technology to track the parts of the brain that are activated by pain.

When the mice were made to feel pain, the CeAga neurons sent inhibitory (“off”) signals to 16 parts of the brain that play a role in pain processing.

The scientists then turned to the question of whether they could deliberately activate this “off-switch” area to provide the animals with pain relief.

Lighting Up a Path to Pain Relief

To test their theory, the researchers genetically engineered mice so that they could activate their CeAga neurons using light.

This technique, known as “optogenetics,” involves adding new genetic code to the neurons that cause them to produce light-activated proteins. The researchers could then trigger the CeAga neurons by shining a light on them.

We could one day have the ability to flip the off-switch for pain in our own brains.

Next, the scientists injected the modified mice with a solution known to trigger pain. As expected, the animals began intensely licking or rubbing the injection site — self-care behaviors related to pain.

When the researchers then used light to trigger the CeAga neurons, the animals appeared to experience immediate pain relief.

The researchers then dialed back the activity of the CeAga neurons, and the pain relief appeared to vanish — the animals went right back to licking and rubbing the injection site.

Since we can’t genetically modify humans to have light beams that turn off their pain centers, researchers must find a drug that activates just this one very precise brain area, can get past the blood/brain barrier, and doesn’t have any toxic complications or side-effects.

And (always a big question mark) this switch needs to work the same way in human brains as it does in mice.

Still, if they’re successful, we could have the ability to flip the off-switch for pain in our own brains. 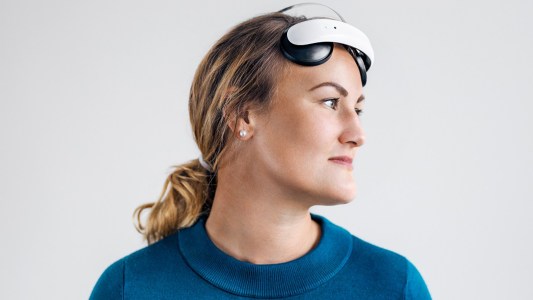 At-home tDCS headsets are helping people treat their depression without having to go to a doctor’s office.

Neuroscience
Treating depression at home with a tDCS headset
By Sarah Wells
Subscribe to Freethink for more great stories
Subscription Center
Sections
Video
Freethink
Subscribe
We focus on solutions: the smartest people, the biggest ideas, and the most ground breaking technology shaping our future.
Subscribe