If you’re like me, then you’ve shown up at Walgreens for an appointment for a COVID test, only to find they are out of tests or even closed. You check the hospital, walk-in clinic, school, and other local pharmacies — all the usual places to get a COVID test, but it is impossible. The wait is too long, or you don’t fit the criteria for testing.

Now, there is a new option — a smartphone-based test kit that will test saliva for the presence of both SARS-CoV-2 and influenza viruses.

The app could be a game-changer: early research has shown that the kit is as accurate as the gold standard lab-based test but much faster.

“We have no financial interests. The app and technology are open-source and freely available to all. The test kit is reusable.”

What’s more, it is simple, cheap, and the developers are making the test design freely available to anyone.

“We have no financial interests. The app and technology are open-source and freely available to all. The test kit is reusable,” Michael Mahan of the University of California, Santa Barbara told Healthline.

The app: Many people are probably well-versed in the various ways to get tested for COVID-19. We have two popular options: PCR testing and rapid antigen tests.

Rapid antigen tests look for a protein on the virus, and they are convenient and fast, but they can miss a few positive cases early on. The most accurate test is the PCR (polymerase chain reaction) technology. But it’s more expensive and takes much longer to get results because the genetic material needs to be amplified in a lab with special equipment.

But the smartphone-based test uses a third technique, called loop-mediated isothermal amplification (LAMP). It works similarly to PCR in that it tests for viral genetic material by amplifying its RNA.

With an app called “Bacticount” and a test kit, users can combine their saliva with a reactive solution, which identifies viral RNA in the sample. Then the sample is placed in a cardboard box in front of an LED light.

Just by pointing the smartphone’s camera at the LEDs, users can see whether the sample is COVID-19 positive. The light will turn red with a positive result, reports Gizmodo.

In a study comparing the results of the smartphone test with lab-based tests, the Bacticount app performed as well as PCR in detecting virus in samples from hospitalized patients.

“As new Covid variants emerge globally, testing and detection remain essential to pandemic control efforts,” lead author Mahan told The Guardian. “Nearly half the world’s population has a smartphone, and we believe that this holds exciting potential to provide fair and equal access to precision diagnostic medicine.”

The caveat: The researchers say that the test can give results in just 25 minutes using only a smartphone, LEDs, and a hotplate. And, at just $7, the test is more affordable than a lab-based PCR test or rapid home test (although earlier this month the federal government provided a few free tests).

But there is one problem: currently, the Baticount app only works with the Samsung Galaxy S9 series, which is already four years old — ancient in cell phone terms. But that specific phone has the correct camera calibrations for the app to work. The team says that new phones could be added in the future.

One word of caution — the study, published in the journal JAMA Network Open, only had 50 participants, a tiny sample size. But the early results are promising, and the test could be easily modified to include the ability to detect influenza. 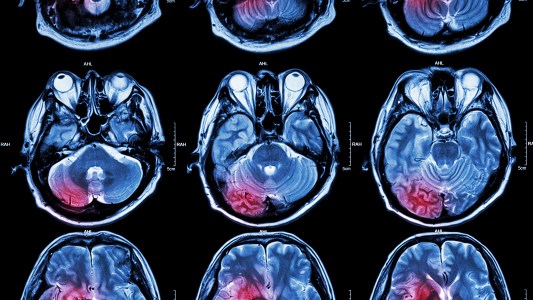 Researchers look to an FDA-approved drug ingredient that can “scoop-up” and store cholesterol and possibly stave off post stroke dementia.