When a patient suffers an ischemic stroke — when a clot chokes off the blood supply of vital oxygen and nutrients to the brain — those brain cells begin to die within minutes. The resulting tissue damage can lead to long term complications, including paralysis, memory loss, depression, difficulty controlling emotions, and changes in behavior.

There are currently no FDA-approved therapies for repairing the damage caused by a stroke.

Now, researchers at the University of Cincinnati and Case Western Reserve University have identified a new drug which may help repair — not just limit — stroke damage.

When a patient suffers an ischemic stroke brain cells begin to die within minutes.

The candidate, called NVG-291-R, led to neurorepair and improved motor skills in mice with surgically-induced ischemic strokes. While time is of the essence in stroke care, the team found that NVG-291-R worked even a week after the stroke.

“After the treatment, they’re cognitively improved, their motor skills are improved and this is when we treat them from not just one day, but a full week after injury – that’s pretty cool,” Jerry Silver, Case Western professor of neuroscience and co-author of the Cell Reports study, told New Scientist.

Focusing on neurorepair: Neurorepair is what sets the drug apart.

“Most therapies being researched today primarily focus on reducing the early damage from stroke,” Agnes (Yu) Luo, senior author and an associate professor in Cincinnati’s Department of Molecular Genetics and Biochemistry, said in a statement.

“However, our group has focused on neurorepair as an alternative,” Luo said — although the team also found that NVG-291-R reduced brain cell death to begin with.

The drug repaired the brain via two different mechanisms: by creating new connections between neurons — called “plasticity” — and by nudging baby neurons, from neuronal stem cells, to the site of the damage.

Case Western researchers had previously discovered that a molecule that floats in-between cells and is important to neurorepair, called chondroitin sulfate proteoglycans, can cause a “stickiness” when it gloms onto the receptors that are common in scar tissues. This “stickiness” hamstrings neurorepair.

“Our drug prevents this stickiness so the tissue can be repaired,” Silver told New Scientist.

Neurorepair in mice: To test their drug, the team surgically induced ischemic strokes in 40 mice, and injected them daily with either NVG-291-R or a saline solution beginning a week after their stroke.

The team compared how long it took mice to get out of a maze they had first learned before their stroke to gauge memory improvement, New Scientist explained. Those who had received the drug finished twice as fast, on average, as those who received the placebo.

To test motor function, the team — and this is kind of cute, really — put tape on one of the mouse’s paws. Mice who were injected with the drug removed the tape more than twice as fast.

Next steps: More research will be needed to determine if the drug’s neurorepair abilities will translate to human stroke victims.

It also has not been tested against other forms of stroke, although Stanley Thomas Carmichael, chair of the neurology department at UCLA, told New Scientist that the same condition the drug targets on is present in other strokes, so it is a possibility. (Carmichael is unaffiliated with the research.)

“After the treatment, they’re cognitively improved, their motor skills are improved and this is when we treat them from not just one day, but a full week after injury – that’s pretty cool.”

If the neurorepair drug works in humans, it could represent an entirely new way to treat stroke — to not just prevent damage, but actually fix it, even well after a stroke occurs.

“The only current FDA-approved drug for treatment of stroke does not repair damage and must be administered within 4.5 hours of stroke onset,” Luo said in the statement.

“Most therapies being researched need to be applied within 24-48 hours of a stroke’s onset. A product that works to repair damage from stroke even a week after symptom onset would change the paradigm for stroke treatment.”We’d love to hear from you! If you have a comment about this article or if you have a tip for a future Freethink story, please email us at [email protected] 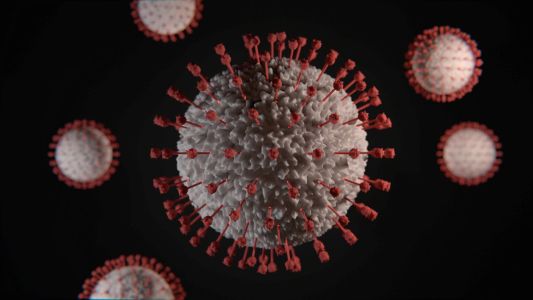 Coronavirus
Long COVID-19 and chronic conditions after viral infections may stem from an overactive immune response
By Harish Narasimhan
Subscribe to Freethink for more great stories
Subscription Center
Sections
Video
Freethink
Subscribe
We focus on solutions: the smartest people, the biggest ideas, and the most ground breaking technology shaping our future.
Subscribe