We’re learning more new things about death everyday. Much has been said and theorized about the great divide between life and the Great Beyond. While everyone and every culture has their own philosophies and unique ideas on the subject, we’re beginning to learn a lot of scientific facts about the deceased corporeal form.

An Australian scientist has found that human bodies move for more than a year after being pronounced dead. These findings could have implications for fields as diverse as pathology to criminology.

Researcher Alyson Wilson studied and photographed the movements of corpses over a 17 month timeframe. She told Agence France Presse about the shocking details of her discovery.

Reportedly, she and her team focused a camera for 17 months at the Australian Facility for Taphonomic Experimental Research (AFTER), taking images of a corpse every 30 minutes during the day. For the entire 17 month duration, the corpse continually moved.

“What we found was that the arms were significantly moving, so that arms that started off down beside the body ended up out to the side of the body,” Wilson said.

The researchers mostly expected some kind of movement during the very early stages of decomposition, but Wilson further explained that their continual movement completely surprised the team:

“We think the movements relate to the process of decomposition, as the body mummifies and the ligaments dry out.”

During one of the studies, arms that had been next to the body eventually ended up akimbo on their side.

The team’s subject was one of the bodies stored at the “body farm,” which sits on the outskirts of Sydney. (Wilson took a flight every month to check in on the cadaver.)

Her findings were published in the journal, Forensic Science International: Synergy.

The researchers believe that understanding these after death movements and decomposition rate could help better estimate the time of death. Police for example could benefit from this as they’d be able to give a timeframe to missing persons and link that up with an unidentified corpse. According to the team:

“Understanding decomposition rates for a human donor in the Australian environment is important for police, forensic anthropologists, and pathologists for the estimation of PMI to assist with the identification of unknown victims, as well as the investigation of criminal activity.”

While scientists haven’t found any evidence of necromancy … the discovery remains a curious new understanding about what happens with the body after we die.

Biology
New $5-device allows healthy sperm cells to isolate themselves
About 10% of men are infertile, and often their sperm is to blame. This device could help separate the healthy cells from the others.
Up Next 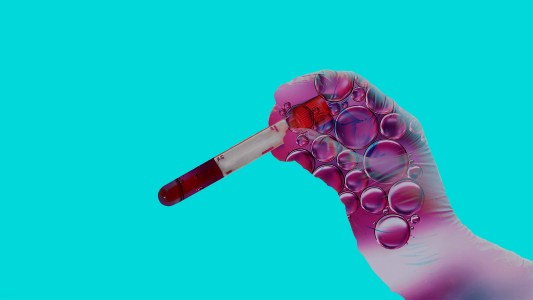 A person’s chances of getting HIV appears to be influenced by the gut microbiome, suggesting it might help us prevent the disease.