Researchers used a satellite orbiting the Earth to carry out an ultra-precise test of a core premise of Einstein’s theory of general relativity, which is the modern theory of gravity. The question is whether two different kinds of mass — gravitational and inertial — are identical. The scientists found that two objects aboard the satellite fell toward Earth at the same rate, with an accuracy of one part in a quadrillion. This successful test of Einstein’s theory has substantial implications for current cosmic mysteries — for example, the question of whether dark matter and dark energy exist.

Gravity is the force that holds the Universe together, tugging at distant galaxies and guiding them in an eternal cosmic dance. The strength of gravity is governed partly by the distance between two objects, but also by the masses of objects. An object with more mass experiences more gravity. The technical name for this type of mass is “gravitational mass.”

Mass has another property, which one might call inertia. This is an object’s tendency to resist changes in motion. In other words, more massive things are harder to move: It’s easier to push a bicycle than a car. The technical name for this type of mass is “inertial mass.”

There is no reason a priori to assume that gravitational mass and inertial mass are the same. One governs the force of gravity, while the other governs motion. If they were different, heavy and light objects would fall at different rates, and indeed philosophers in ancient Greece observed that a hammer and a feather fall differently. Heavy objects certainly do seem to fall faster than light ones. We now know that air resistance is the culprit, but that was hardly obvious in the past.

The situation was clarified in the 17th century, when Galileo performed a series of experiments using ramps and spheres of different masses to show that objects of different masses fall at the same rate. (His oft-cited experiment of dropping balls from the Tower of Pisa is probably apocryphal.) And in 1971, astronaut David Scott convincingly repeated Galileo’s experiment on the airless Moon, when he dropped a hammer and a feather, and they fell identically. The ancient Greeks had been fooled.

The assertion that inertial and gravitational mass are the same is known as the equivalence principle, and Einstein hard-wired equivalence into his theory of gravity. General relativity successfully predicts how objects fall in most circumstances, and the scientific community accepts it as the best theory of gravity.

However, “most” circumstances does not mean “all,” and astronomical observations have revealed some perplexing mysteries. For one, galaxies rotate faster than their stars and the gases within them can account for or than Einstein’s theory of gravity can explain. The most accepted explanation for this discrepancy is the existence of a substance called dark matter — matter that does not emit light. Another cosmic conundrum is the observation that the expansion of the Universe is accelerating. To explain this oddity, scientists have postulated that the Universe is full of a repulsive form of gravity called dark energy.

However, these are matters of informed conjecture. It could be that we do not fully understand gravity or the laws of motion. Before we can have any confidence that dark matter and dark energy are real, we need to validate Einstein’s theory of general relativity with very high precision. To do that, we need to show that the equivalence principle is true.

While Isaac Newton tested the equivalence principle back in the 1600s, modern efforts are much more accurate. In the 20th century, astronomers bounced lasers off mirrors left on the moon by Apollo astronauts to show that inertial and gravitational mass are the same to an accuracy of one part in 10 trillion. That achievement was impressive. But the most recent experiment went further still.

A group of researchers called the MicroSCOPE collaboration launched a satellite into space in 2016. Cylinders of titanium and platinum were on board, and the scientists’ intent was to test the equivalence principle. By putting their apparatus in space, they isolated the equipment from vibrations and small gravitational differences created by nearby mountains, underground oil and mineral deposits, and the like. The scientists monitored the location of the cylinders using electric fields. The idea is that if the two objects orbited differently, they would need to use two different electric fields to keep them in place.

What they found was that the required electric fields were the same, allowing them to determine that any differences in inertial and gravitational mass came out to less than one part in a quadrillion. Essentially, they made a precise validation of the equivalence principle.

While this is an expected outcome from the point of view of general relativity, it has very substantial consequences for the study of dark matter and dark energy. While those ideas are popular, some scientists believe that the rotational properties of galaxies can be better explained by new theories of gravity. Many of these alternative theories imply that the equivalence principle is not quite perfect.

The MicroSCOPE measurement saw no violation of the equivalence principle. Its results rule out some alternative theories of gravity, but not all of them. Researchers are preparing a second experiment, called MicroSCOPE2, that should be about 100 times more precise than its predecessor. If it sees deviations of the principle of equivalence, it will give scientists crucial guidance toward developing new and improved theories of gravity. 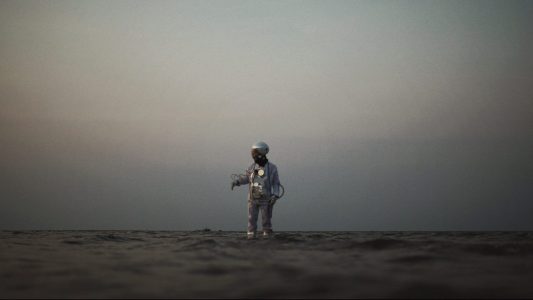 Interstellar distances are vast, and extremely advanced technology will be required if we (or aliens) want to visit other star systems.

Outer Space
The technology we (or aliens) need for long-distance interstellar travel
Subscribe to Freethink for more great stories
Subscription Center
Sections
Video
Freethink
Subscribe
We focus on solutions: the smartest people, the biggest ideas, and the most ground breaking technology shaping our future.
Subscribe