Conor Russomanno on exploring our limits

Watch on YouTube
Up Next
Now Playing
Open sourcing the brain
7:23 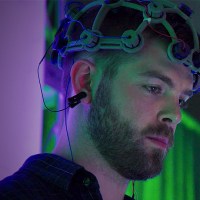 Conor Russomanno’s interest in his own brain started with a bump on his head. A concussion he sustained during a game of rugby altered his perception of the world for months afterward. And that change got him thinking about the relationship between his physical brain and the way he thinks.

To help him better understand himself–and to help other people understand themselves–he partnered with Joel Murphy to start OpenBCI–which is short for brain-computer interface.

“The world inside our heads is just as complex as the world outside of it,” Russomanno says. BCI technology “can help us understand the aspects of our brain that make us human.”