More than just replacing normal bodily function lost from amputation or disease, these devices can enhance our natural abilities.

They have the potential to make workplaces safer, increase productivity, and simply help us have more fun — but despite all the effort going into their development, there’s a surprising lack of research into how augmenting our bodies might affect our minds.

“Technology is advancing, but no one is talking about whether our brain can deal with that,” Paulina Kieliba, a neuroscientist at University College London (UCL), told New Scientist.

Why it matters: Before we use tech to make ourselves faster, stronger, and more capable, we want to know what impact the devices might have on our brains — it’s possible, for instance, they could cause changes that might affect our ability to function without the devices.

“This is definitely an important consideration that hasn’t really been raised before, with huge safety considerations,” Tamar Makin, another UCL neuroscientist, told Scientific American. “If we ask a factory worker to use an extra body part in the factory, does this mean they will be more clumsy when driving home after removing the device?”

A new study from UCL gave study participants a “third thumb” to see how their brains would adapt to bodily augmentation — and early results are illuminating.

The Third Thumb: Developed by designer Dani Clode, the Third Thumb is a 3D-printed prosthetic that sits next to the pinky finger, giving a person a thumb on each side of their hand.

The Third Thumb connects to a device worn on the wrist like a watch. This device receives wireless commands from sensors placed on the undersides of the user’s big toes.

Pressing one toe instructs the thumb to bend toward the palm of the hand, while the other toe moves the prosthetic upward, toward the pinkie finger.

The robotic thumb felt like part of their own body.

The study: For the study, the UCL team trained 20 people to use the thumb over the course of five days. During this training, the participants completed tasks requiring them to use the prosthetic — they stacked wooden blocks, picked up multiple balls, and carried wine glasses with their augmented hand.

They were also encouraged to take the Third Thumb home and use it outside the lab. By the end of the study, each participant ended up using the device between two to six hours every day. It didn’t take long at all for the people to adapt to their new appendage, according to Clode.

“Our study shows that people can quickly learn to control an augmentation device and use it for their benefit, without overthinking,” she said in a press release.

“We saw that while using the Third Thumb, people changed their natural hand movements, and they also reported that the robotic thumb felt like part of their own body.”

The brain scans: Before and after training, each participant underwent a functional MRI (fMIR) scan, which tracks blood flow to show brain activity.

During the scans, the participants were asked to move each finger on their hands individually (they did not wear the Third Thumb during the scans).

Normally, each finger movement produces a distinct pattern of brain activity — for example, the pattern produced when a person moves their pinky looks notably different from the pattern when they move their pointer finger.

Evolution hasn’t prepared us to use an extra body part.

However, the patterns became less distinct and started to look more like one another when participants moved the fingers on the hand trained to use the Third Thumb. In other words, the brain had to “see” the biological hand a little less clearly in order to account for the addition of a mechanical thumb.

The brains of people in a control group, who didn’t train with the functional Third Thumb, didn’t show these changes.

“Evolution hasn’t prepared us to use an extra body part,” Makin said, “and we have found that to extend our abilities in new and unexpected ways, the brain will need to adapt the representation of the biological body.”

More questions than answers: A week after training, 12 participants from the active group were scanned again, and by then, the changes in brain patterns appeared to be diminishing.

What all of this means for the future of human augmentation isn’t clear — this was only the first study of its kind, with a small sample size. Based on the results, it appears people can quickly adapt to using the devices and that they cause changes in the brain, but this will need to be confirmed with larger studies.

The fact that the brain changes began to subside after a week suggests that they might not be permanent — but what if participants had used the device for months instead of days?

“Much more research is needed to gain a better understanding of the balance between extra body part use, brain plasticity, and motor control of both the body and the device,” Makin said. 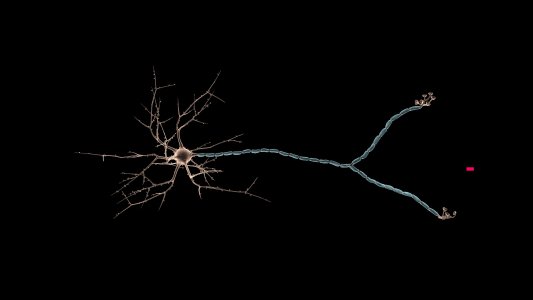 Renal denervation, a procedure that uses ultrasound pulses to zap renal nerves, showed promise as a treatment for resistant hypertension in a recent trial.