Nuclear power could play a pivotal role in the fight against climate change — it’s cleaner than fossil fuels and more reliable than renewables such as wind or solar.

But one thing holding the industry back is the need for a better nuclear fuel — and a team of researchers may have figured out how to make it.

Need for a Better Nuclear Fuel

Uranium isn’t terribly rare — there’s about as much of it on Earth as there is tin — but uranium straight out of the ground isn’t ideal for nuclear fuel, so the next step is a process called “enrichment,” which concentrates a rare isotope, called uranium-235, that makes the atoms easier to split. This process is both complicated and expensive.

When enriched uranium is used as a nuclear fuel, the byproduct is nuclear waste, which includes radioactive elements like plutonium.

Disposing of this waste is one of the challenges of nuclear energy. Another is the fact that both plutonium and highly enriched uranium can be used to make weapons, making proliferation a concern.

All that to say enriched uranium isn’t necessarily the ideal nuclear fuel, but switching to something else often requires developing a brand new type of reactor — like a molten salt reactor — and that would be neither cheap nor easy.

Now, researchers in the U.S. have developed a new nuclear fuel they say would work with two existing types of nuclear reactors, including 49 already in operation in nine different countries — while also overcoming many of enriched uranium’s shortcomings.

Thorium is about four times more abundant than uranium and easier to extract — it can even be pulled from seawater — which could bring nuclear energy to places where access to uranium is currently a barrier.

Dozens of reactors are already compatible with the new nuclear fuel.

ANEEL is also less likely than uranium to cause a meltdown, thanks to a lower operating temperature and a higher melting point.

Texas A&M is now producing ANEEL pellets to send to the INL for extensive testing.

If the nuclear fuel meets safety standards, it could potentially replace uranium in the dozens of compatible nuclear reactors across the globe — and maybe even spur investment in more ANEEL-ready reactors. 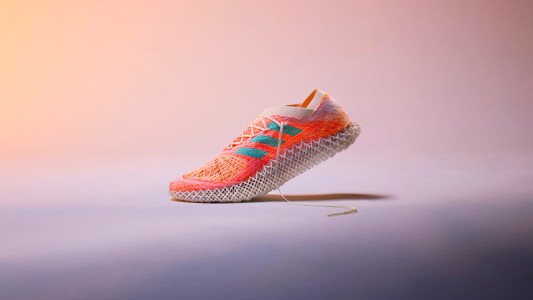 The Adidas Futurecraft team has unveiled a pair of sustainable shoes made by a robot that weaves individual threads like it’s creating string art.

Fashion
Adidas’ sustainable shoes are string art made by a robot
Subscribe to Freethink for more great stories
Subscription Center
Challenges
Video
Freethink
Subscribe
We focus on solutions: the smartest people, the biggest ideas, and the most ground breaking technology shaping our future.
Subscribe