More than a century ago, something quietly happened on the shores of India’s largest river that might have a big impact on how humans fight, treat, and hopefully beat the rise of antibiotic resistant bacteria (aka “superbugs”) today.

Back then—1896 to be exact—an English doctor by the name of Ernest Hankin reported that something in the notoriously polluted waters of the Ganges had a marked effect in treating cholera. They were later identified as viruses that target specific bacteria. They became known as “bacteriophages” — literally “to devour bacteria” in Greek. And it was soon clear that there were many different types of phages targeting many different types of bacteria. Phages are found wherever bacteria thrive, namely sewers, rivers, lakes, runoff, toxic liquids, biowaste, feces, and seawater. In the ensuing years, other microbiologists and scientists began building upon Hankin’s discovery and an exciting new field of medicine was born.

But then time stood still.

First, World War I happened, which put fringe phage research on hold, at least in the West. Then Alexander Fleming discovered penicillin, arguably the greatest scientific discovery in modern history, so “phage therapy” was sidelined in the West.

That is until bacteria formed a resistance to in an effort to adapt and stay alive and antiobiotic-resistant “superbugs” were born. Each year in the United States, more than 2 million people are infected by antibiotic-resistant bacteria, reports the CDC, from which 23,000 die. Furthermore, the number of approved antibiotics has declined in consecutive years.

Enter phage therapy, take two. Their medicinal use or therapy is backed by the U.S. Navy, several renowned universities, and a growing number of experimental researchers.

One of those researchers is Ben Chan of Yale University. Instead of spending his days in a lab, however, Chan spends much of his time scouring cesspools for promising new phages. Along with many others, Chan is continuing, if not restarting, the work that Hankin, famed Soviet scientist Giorgi Eliava, and French microbiologist Felix d’Herelle never finished.

That work includes the gargantuan task of cataloging the gazillions of bacteriophages in existence, which outnumber every other organism on Earth, including bacteria, combined. It also includes creating awareness of phage therapy as a viable treatment to superbugs, and the nagging stigma associated with injecting viruses into someone’s body.

To that point, Chan says phages are completely safe. “After over a century of study, there’s no evidence to make us believe that phages are a problem. Unlike scary viruses such as influenza or Ebola, phages can’t infect human cells—they only infect bacteria.”

If phages are safe, then why didn’t they ever catch on, let alone being considered as an alternative to fighting superbugs? The first is that antibiotics are much more mainstream and easier to make, store, and prescribe. Which explains why they have saved millions of lives.

Phages, on the other hand “are very, very specific,” Chan says, and must be administered on a case-by-case basis, only after a bacteria-eating match has been found from one of the gazillions of phages in existence. (The good news is many of these phages have the same effect on different bacteria.)

The second reason is good old fashioned politics. While the Western world quickly adopted antibiotics, the Soviet bloc continued phage therapy behind the Iron Curtain. This divide led to a communication breakdown of developments and ultimately a lack of understanding on where an how to apply phage therapy outside of the Eastern Bloc.

“Part of the problem was that United States and Western nations favored chemical antibiotics, so we lost interest in phage research until very recently with the antibiotic resistance problem,” Chan explains.

Admittedly, phage therapy might never be as mainstream as antibiotics. But they sure do offer a lot of hope and even cures to the rising number of antibiotic resistant bacteria. In fact, numerous patients have reported a full return to health after successful phage therapy, including one Iranian man that Chan helped treat to cure a nasty case of flesh-eating bacteria, a California man that contracted a life-threatening bug while overseas, and promising cures for Crohn’s Disease, so much so that the FDA recent cleared phage therapy for clinical trials.

Still, there is a lot of work ahead, including widespread approval by the Food and Drug Administration, which is reluctant to endorse the case-by-case nature that phage treatment requires. “Phage therapy is a little bit slower,” Chan explains, “because you have to isolate bacteria from the wound or the infection site, test it against the catalog of existing phages to see which one will eat it, and then apply the successful match to the infection.”

Chan and his contemporaries are working to fix that, however, with on-demand phage cocktails that would eradicate the need of having to send in samples to a clinical lab such as Chan’s and then waiting for a custom cocktail before administering it to a patient.

“What we’re trying to do is to develop a well-characterized library of bacteriophages so that when an infection shows up at the hospital that’s not responding to chemical antibiotics, they could formulate a cocktail on the spot to treat the patient,” Chan says. “My hope is to have phages already purified and ready to go on the shelf in hospitals so that phage therapy treatment times would be identical to that of antibiotic turnarounds.”

To be clear, advocates for phage therapy aren’t attempting to replace antibiotics. They’re just trying to advance a solution that works when antibiotics fail. And there’s even evidence that phages can work alongside antibiotics to make them more effective.

“In rare cases where bacteria form resistance to injected phages,” Chan concludes, “The good news is we’ve discovered that phages themselves can at least re-sensitize patients to antibiotics, making them effective and useful again.”

And that may be phages’ most remarkable contribution of all. Either they end up beating superbugs themselves or revive our most powerful medicine. Either way, phages provide hope. 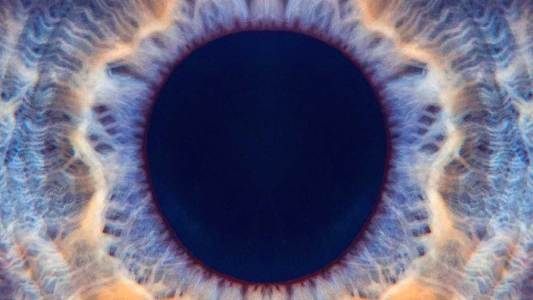 How will artificial intelligence transform medicine?

Medicine
FDA approves AI “doctor” that can see disease in your eyes
By Daniel Bier
Subscribe to Freethink for more great stories
Subscription Center
Sections
Video
Freethink
Subscribe
We focus on solutions: the smartest people, the biggest ideas, and the most ground breaking technology shaping our future.
Subscribe