NASA’s plan to stop an asteroid headed for Earth

Inside the research lab that’s testing the tech to deflect an asteroid headed for earth.
Watch on YouTube
Up Next
Now Playing
Could we end earthquake deaths?
4:56 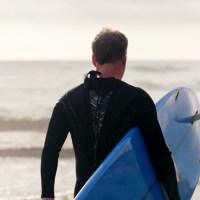 Now Playing
3 ways to think about the future
5:21 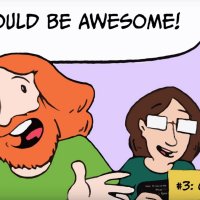 Sixty-five million years ago, an asteroid headed for Earth. Its impact would be enough to trigger the Cretaceous-Paleogene mass extinctions, relegating about 75% of species to eternal fossilhood.

Experts estimate that this asteroid was over seven miles wide. The dinosaurs weren’t able to see it coming, but thanks to modern technology, the human race can be better prepared.

At the Johns Hopkins University Applied Physics Laboratory, a team of experts from NASA’s Planetary Defense Coordination Office is working diligently to find and characterize space objects like asteroids that travel near Earth’s orbit.

Asteroids and Other Space Rocks Explained

If you’re still wondering “exactly, what is an asteroid?” you’re not alone. Lots of people are confused by the difference between “asteroid” and “meteor.” It primarily has to do with the size of the space rock and how close it gets to Earth.

Let’s start with meteoroids – small rocks that orbit the sun. When a small meteoroid enters the Earth’s atmosphere, it burns up, vaporizes, and becomes a meteor (also referred to as a shooting star). But if a larger meteoroid enters our atmosphere and survives the burn, the remaining rock that lands on the surface is called a meteorite.

An asteroid is a small, rocky world that isn’t big enough to be considered a planet. It’s basically the leftover ingredients of our solar system. Instead of coming together to form planets, these ingredients knocked into each other, broke apart, and now orbit the sun.

What are asteroids made of? While some asteroids contain metals like iron and nickel, most are primarily composed of rock and ice. In fact, some scientists even believe that Earth’s water may have come from asteroid impacts that occurred billions of years ago.

Where is the Asteroid Belt Located?

Most asteroids in our solar system – millions of them – quietly orbit the sun in the asteroid belt, which is nestled quietly between the orbits of Mars and Jupiter. Although that’s hundreds of millions of miles away from Earth, we aren’t exactly safe from another asteroid impact.

When an asteroid is headed for Earth, or in the neighborhood, NASA classifies it as a PHA (potentially hazardous asteroid). Thus far, 52 NEAs have been identified as PHAs.

NASA estimates that a vehicle-sized asteroid explodes in our atmosphere about once per year. We don’t detect many of these because the explosion occurs extremely high in the atmosphere or over a body of water. However, some space rocks have caused global devastation, evidenced by extinctions and massive impact craters.

About two billion years ago, the world’s largest impact structure was created when an asteroid hit South Africa. The Vredefort Crater has a radius of 118 miles. An asteroid also created Canada’s 81-mile-diameter Sudbury Basin.

And then there’s Australia’s 580-million-year-old Acraman Crater with a 56-mile diameter. The list goes on with Morokweng Crater, Kara Crater, Chicxulub Crater (responsible for the dinosaur extinction and much of the Gulf of Mexico’s formation), and others. The most recent major impact formed the Chesapeake Bay Crater about 35 million years ago, in Virginia.

In 2013, a small meteor exploded with 20 to 30 times the energy of an atom bomb in the atmosphere. It happened about 20 miles above Chelyabinsk, Russia. The explosion’s shockwave shattered windows, knocked down parts of buildings, and sent over 1,200 people to the hospital — mostly with injuries from flying glass.

Our Close Call with an Asteroid Headed for Earth

In July of 2019, an undetected asteroid almost hit Earth. Asteroid 2019 OK whizzed by at an uncomfortable distance of 45,000 miles, less than ⅕ the distance from Earth to the moon.

With its estimated 57 to 130-meter diameter, 2019 OK could have done major damage, as the asteroid that exploded above Chelyabinsk measured a (comparatively) measly 20 meters. So, although the risk of a significant asteroid impact is small, it certainly isn’t impossible.

An asteroid capable of creating a global disaster with its initial impact, shock wave, and the subsequent “nuclear winter” caused by dust in the atmosphere would have to be about a quarter of a mile wide. While this type of event would cause widespread devastation, it likely wouldn’t be enough to completely eradicate life on Earth.

A Small Risk with Major Consequences

The Chelyabinsk event, paired with the Shoemaker-Levy 9 comet’s impact with Jupiter in the 1990s, spurred NASA to form the Planetary Defense Coordination Office.

NASA officially stated that the risk of a large asteroid headed for Earth was a small risk with major consequences. Rather than make preparations for withstanding the fallout from such an impact, NASA plans to prevent an impact from ever happening in the first place.

They’ve released a “Near-Earth Object Preparedness Plan” which outlines the steps that need to be taken in order to prevent this type of catastrophe from befalling the planet, and the human race.

Part of this plan is the DART mission, which aims to travel to the asteroid Didymos in 2021 to demonstrate the technology that could be used to redirect the path of an asteroid headed for Earth.

Before DART, the only asteroid-deterring tool which was considered was a nuclear device. The primary problem with blowing up an asteroid headed for Earth is that it won’t necessarily change its direction or save the planet. It’ll simply transform one large asteroid into several pieces that are still traveling in our direction.

DART’s primary objective is to redirect Didymos’ moonlet. The DART team hopes to alter the asteroid moon’s rotational period by about 73 seconds and will monitor its rotation closely to measure the effects. The impact DART will make will create a plume, and scientists plan to measure how much that plume pushes the moon.

With the data gained from the DART mission, scientists will be able to detect asteroids and then track their orbits with respect to Earth’s orbit. If a hazardous asteroid is detected, we’d launch a spacecraft to change its speed.

While the reasons for some NASA missions might be tough for the general public to truly appreciate, DART’s objective is directly poised to eradicate an existential threat to life on Earth, and we can all sleep better at night because of it.