Skip to content
Series|Guardians of the Apocalypse
Will we ever predict earthquakes?

Earthquake prediction has always been impossible, but machine learning could finally make it a reality.

Watch on YouTube
Up Next
Now Playing
Could the human race survive a supervolcano?
4:51 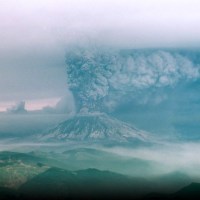 Now Playing
A community at the frontlines of the war on wildfire
5:11 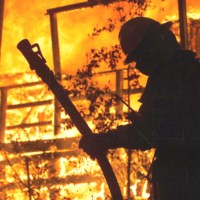 How will earthquake prediction ever become a reality? What types of technology are needed to understand what’s happening beneath the Earth’s surface? Questions like these are exactly what a team of experts at Los Alamos National Laboratory, Penn State University, and the U.S. Geological Survey is working to solve, and lives are at stake.

On average, about 10,000 people die from earthquakes, and at least one magnitude 8 earthquake occurs, every year. In addition to an array of fatal effects such as fires and floods, earthquakes can topple buildings, open up sinkholes, trigger landslides, and send devastating tsunamis hurtling toward land.

The Real Threat of Earthquakes

To many, earthquakes might not seem like that big of a threat, but history has proven their potential to devastate entire populations. The deadliest earthquake in history struck Shensi, China in 1556 and an estimated 830,000 people were killed.

More recently, in 2010, a magnitude 7 earthquake killed 222,570 people in Haiti, injuring 300,000 and displacing another 1.3 million. And in 2004, a magnitude 9.1 earthquake struck Sumatra, Indonesia. Following the earthquake and subsequent tsunami, 227,898 people were either dead or missing and nearly 2 million were displaced.

The Richter Scale classifies earthquakes based on their magnitude of strength and duration, as recorded in the oscillations of a seismograph. Anything of magnitude 8 or above is classified as a major earthquake. For reference, the strongest earthquake ever measured was a 9.5 that struck off the coast of Chile in 1960.

Can scientists predict earthquakes? The short answer is, no. Most earthquakes strike locations on the Pacific Rim’s Ring of Fire, where much of the world’s volcanic activity also occurs due to fault zones. Fault zones are places where Earth’s tectonic plates rub against each other and collide.

These collisions occur slowly, allowing immense pressure to build up over time. When the tension releases between the two plates, the energy escapes in the form of seismic waves, which travel to the surface, creating the temblors we feel miles above. Quakes also occur away from fault zones as the result of the tectonic plates getting compressed or stretched.

So, why don’t we know how to predict earthquakes yet? Truly understanding the mechanics of earthquakes is extremely challenging because the earth is opaque. Geologists can’t simply look through the surface to see how the tectonic plates interact, the way an astronomer can use a telescope to observe the heavens.

This barrier to observation is part of the reason why earthquake prediction is so problematic. We currently have no way of predicting an earthquake with certainty or accuracy, in spite of observing indicators that seem useful (such as previous quakes, planetary alignments, lunar phases, tides, and animal behavior).

Among the many forms of data available from earthquake observation is acoustic data produced by the friction between tectonic plates. Prior to this new use of machine learning, much of the data gathered during seismic events — especially acoustic — was simply disregarded because there was so much of it that it was impossible for a human to make sense of. But with machine learning, geophysicists can use 100% of the data.

At Chris Marone’s lab in Penn State’s Department of Geosciences, researchers are using an earthquake machine which is designed to rub granite together under immense pressure so they can create, record, and analyze acoustic data from the friction.

Researchers feed the acoustic data from these simulated quakes into a computer that can generate a prediction algorithm based on the set magnitude. These algorithms would be used to make predictions and the forecasts would then be compared with actual results.

The lab’s first major breakthrough came when researchers were able to predict the machine’s next quake based on previous data.

Scalable Friction as an Earthquake Predictor

The trouble with mimicking a laboratory experiment in the field is that earthquakes don’t necessarily take place and recur within a human’s lifetime. Major earthquakes at a particular location might only hit every 50, 100, or 1,000 years, which makes it exceedingly difficult to test a prediction model.

Researchers decided to study a particular type of plate movement called a slow slip, during which plates rub against each other in a slow event that occurs over days, weeks, or months — unlike an intense earthquake event that happens abruptly and lasts for minutes.

Next, researchers observed slow slip events beneath Vancouver Island. It became apparent that the data models developed in the lab seemed to parallel real-life observations. The researchers used the data sets collected in Vancouver to create a new machine learning model, using the same method of practice in the lab.

The machine model was trained with about 10 to 15 events. Then it was applied to a new data set it hadn’t seen yet. Remarkably, the algorithm could accurately predict the events’ slip time and displacement.

The Future of Earthquake Prediction

When geologists talk about earthquake forecasting, they’re referring to the ability to predict the time, location, and magnitude of a quake early enough to carry out evacuations.

This research won’t be saving lives just yet, but those involved in the project are hopeful that they’re advancing earthquake science in a significant way. As a result, the science of earthquake forecasting should advance, too.

Creating models of earthquake prediction that can be applied to different types of events and plate movement in various locations around the world is still a distant goal. Within the next decade, we still probably won’t be able to accurately forecast earthquakes, but we will likely be able to more accurately identify the precursors of quakes after they hit.

We are just beginning to scratch the surface of machine learning’s capabilities. As researchers continue to embrace this new tool, accurate earthquake prediction could finally become a reality.