The 9-5 didn’t work for her diagnosis. Now she’s helping her 1.2 million followers hack the American dream
In partnership with

Up Next
Now Playing
‘Canceling’ carnivores won’t save the planet. Flexitarianism might, though
7:36 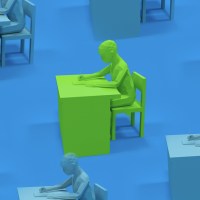 Now Playing
Your next surgery could be robotic, and that’s a good thing
5:03 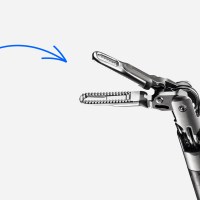 The city and hills sprawling in the distance, bathed on a hotel rooftop balcony in SoCal sunlight with artfully arranged plants behind her, social media influencer Taylor Price is holding her phone at face level, gazing into it like a crystal ball. Which, since it’s got information about her financial future and the financial future of other Gen Zers inside of it, it sort of is.

“I’m kind of figuring out the whole lighting situation,” Price says, spinning in a solo waltz.

Once she finds her light, Price gets to recording, addressing her 1.1 million TikTok followers. Her chosen subject — personal finance — may seem unusual to those who only know TikTok for emphatically upper-body heavy dance trends.

Price is using her platform to help her followers understand the ins and outs of personal finance.

The idea is to make the information more accessible to a younger audience by meeting them on the app that they already use. Price is part of a new workforce, one that is hacking the American Dream — for Gen Z, it’s no longer about working for an employer for 30 years.

“When we talk about my generation kind of canceling out nine to five, it makes sense because there’s no sense of freedom. You’re committing to somebody else, you’re working for somebody else’s dreams instead of working for your own,” Price says.

“And I think that it kind of sucks.”

Social media is enabling young people to create their own entrepreneurial opportunities. This career path may grant more freedom than a traditional 40-hour-week career — social media influencers can work where they want and reach a specific demographic with their own message.

However, being an influencer and personal finance educator was not Price’s original dream.

Price was diagnosed with scoliosis at age 10, which required surgery. At the same time, the Great Recession and a string of personal tragedies and challenges rocked her family. It drove home the power of planning and security.

After graduating early from high school and entering pre-med, she realized that her childhood diagnosis now hindered her adult dream: Sitting for hours in a lab was simply not an option for her.

Price’s mom encouraged her to get into finance.

“There’s a huge demand for this financial education. And the content creators are creating this supply of financial knowledge.”

Being a social media influencer may seem like a phantom job; influencers show up on TikTok, and with their video lengths currently capped at just three minutes, they disappear. How much work could possibly be involved?

The answer is more than you’d think.

Price is competing with millions of other users for attention, not to mention all of the other social media platforms out there.

Making sure her message cuts through requires research and a sharp strategy.

She begins by identifying the various challenges and memes trending on TikTok, which she will try to catch and surf like a wave. When she finds a trend that she thinks she can apply personal finance to, she’ll write a script for the video.

Then the filming process begins. Price either finds or creates the best backdrop and lighting possible — like, say, with the city and hills and sunlight on a beautiful balcony.

Then Price adds in text, effects like images and emojis, and other finishing touches. From there, she can post her content. Or the video can be saved to be released at a specific time. (Much like a TV show, Price sometimes records multiple posts without releasing them, batching them to be doled out on her schedule.)

And all that’s for a 15-second TikTok video.

A Different Kind of Wealth

Although it may look fun and easy, being a social media influencer is not a job for the faint of heart, Price says. She has plenty of supporters, of course, but many detractors as well. It can take a serious toll on mental health if one does not have the personality for it.

“Most people will fail,” Price says. Estimates using data from Upfluence put the number of influencers on TikTok at about 106,000 — or about .01 percent of the app’s one billion users. .

But when influencers — or really, anyone creating work on their own terms — succeed, it can lead to a more well-rounded kind of wealth, Price explains, by giving them an emotional balance between work and life. When someone finds a job that resonates with them emotionally and coincides with what they love doing, a happy balance between work and life is possible. And Price is ready to help her fellow Gen Zers to manage the wealth they gain from their own, personal versions of the American Dream.

“All these different kinds of things that add up to who I am as a person.”