The truth about self-driving cars

Autonomous cars have the potential to save thousands of lives and reduce carbon emissions. Will we be smart enough to hop on board?
Watch on YouTube
Up Next
Now Playing
Killer robots will fight our wars: Can they be trusted?
6:01 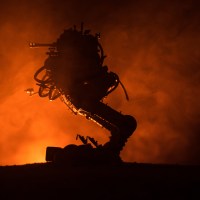 Now Playing
Nick Bostrom on superintelligence and the future of AI
5:29 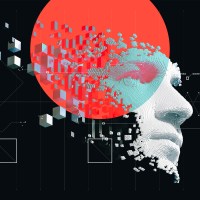 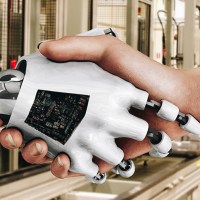 Car accident deaths in the United States have exceeded 40,000 for three consecutive years. If a 747 airplane crashed and killed everyone on board, every week, it still wouldn’t equate to the number of car accident deaths.

Worldwide, almost 1.25 million people die in vehicle accidents each year. With statistics like these, the dawn of self-driving cars dominating our roadways is imminent. But self-driving cars have been in the news since the 1980s. So why doesn’t everyone already have one parked in their driveway, today?

Are We Really Behind?

In 1937, the first automatic airplane landing was completed using navigation equipment that was state-of-the-art, for its time. And in January of 2019, almost 120 years after the first flight, Boeing flew and landed an experimental autonomous aircraft.

With the first modern motorcar invented in 1901, we don’t seem so “behind” anymore with self-driving cars. And hopefully, the development of this new technology will prove to be much safer than it was for flight.

In terms of human lives lost during aircraft testing, the numbers are pretty high. Most are familiar with Amelia Earhart, who disappeared somewhere over the Pacific Ocean while attempting to circumnavigate the world in 1937.

But the loss of Earhart represents just one life. During WWII, when aviation was still very new, 15,000 men lost their lives during aircrew training. Aircrafts were being rapidly produced at the time with inadequate testing and fatal design flaws.

As opposed to taking lives, self-driving cars actually have the potential to save thousands of lives every year. Accidents are already being prevented with automatic braking and backup systems.

How do self-driving cars work? A self-driving car can sense its surrounding environment and navigate with zero input from a human operator. Self-driving cars can achieve these impressive feats using an inertial navigation and GPS system that allow it to determine its location in space.

Autonomous cars are also outfitted with several sensors such as radar, laser rangefinders, and video. These sensors allow an autonomous car’s system to detect and process the movements of other objects on and around the road such as vehicles, bicycles, and pedestrians.

Beyond making the roads safer, self-driving cars can drastically reduce carbon emissions. The number of vehicles on the road could decrease with carpooling, which would be even easier. This would also free up a lot of space that’s currently used for parking lots.

Done right, autonomous transportation could be one of the most impactful technologies in human history. If we don’t change how we think about our relationship to cars, however, we won’t make anything better.

Today, there’s about one car for every person. If everyone swaps out their current vehicle for a self-driving replacement, things could actually get worse. For example, it could result in people accepting longer commutes, increasing time spent on the road and carbon emissions.

When compared to human-operated vehicles, are self-driving cars safe? So far, there have only been a handful of fatalities caused by a driverless car accident, which occurred due to a combination of failed autonomous car technology and the human drivers’ failure to intervene.

Most accidents involving driverless cars are actually caused by humans. Ninety-four percent of vehicle accidents on the road are the fault of human error, and humans are getting in the way of the safety of self-driving cars, too.

As more autonomous cars take to the road, we’ll likely see accidents due to human error increase. But if the technology is sound, driverless cars could save tens of thousands of lives each year, making roads increasingly safer.

The Future of Self-Driving Cars

Today, no cars on the road are truly driverless. In places where driverless cars are legal, they’re still required to have an operator. But we might see the first self-driving car that’s 100% autonomous within the next 10 years.

Once these vehicles have been developed, it’s the hope of Dan Sperling, founding director of the Institute of Transportation Studies, that we’ll not only see traffic accident deaths plummet, but that car ownership will also be reduced.

With autonomous cars, Sperling argues that ownership will become futile. Autonomous car pooling will help congested roadways clear, parking lots transform into functional or green spaces, and lives change in ways that we cannot yet imagine.

The automobile was invented to free us from other limitations, but in the last century, it’s become its own sort of prison. Cars keep us stuck on freeways and wasting countless hours searching for parking spots. Autonomous vehicles present us with the opportunity to escape this modern gridlock, but will be smart enough to hop aboard?