The dad changing how police shootings are investigated

Watch on YouTube
Up Next
Now Playing
Why prisons are showing nature videos to inmates
1:15 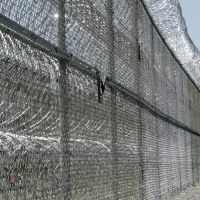 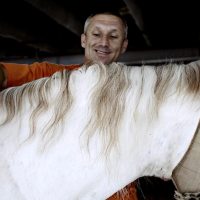 For over a decade, ever since police killed his son, Michael Bell has been trying to get an independent investigation into the shooting — and he’s fighting to make sure that every family is entitled to one, whenever police use lethal force.

In November 2004, his son, Michael Bell, Jr., was pulled over in front of his home in Kenosha, Wisconsin, for an alleged traffic violation. Although a dashcam video captures the initial confrontation, officers soon pull him off-camera. What happens next isn’t clear, but just a few minutes later, in his own driveway — only ten feet from where his mother and sister were watching — 21-year-old Michael Bell is shot and killed.

Police would claim that Bell was shot because he tried to tear an officer’s firearm off his belt during the struggle. But civilian eyewitnesses — and even the officer who said he felt something tugging at his holster — didn’t actually see Bell’s hand on the weapon.

His father, a former military pilot, had seen investigations before and thought his son’s killing would be investigated by an independent team.

“That’s not how it works in law enforcement,” Michael says, wryly. Not only did the Kenosha Police Department investigate its own shooting, but, just two days later, the police chief personally declared that the killing was justified.

Nearly 14 years later, Michael is still baffled. “How can you conduct an investigation and be done in less than two days?” The autopsy report wasn’t finished yet, multiple eyewitnesses hadn’t been interviewed, and forensic testing hadn’t been completed.

Ultimately, those tests would find no trace of Bell’s DNA or fingerprints on the gun or holster, but police and prosecutors still declined to reopen the investigation.

Michael has been fighting to get his son’s case reopened ever since — and to change the laws governing police shootings. He used money from a settlement with the department to put up hundreds of billboards around the state, all asking a simple question: “When the police kill, should they judge themselves?”

Year after year, he called and wrote letters to governors, attorney generals, state legislators, and city commissions. Michael even went to talk to Wisconsin’s biggest police union — which had awarded medals to the officers who killed his son — to ask them to work with him to change the law.

Finally, in April 2014 — just a few months before the deaths of Eric Garner and Michael Brown brought national attention to the issue — the state legislature unanimously passed a bill guaranteeing outside investigations for police killings.

Thanks in no small part to Bell’s efforts, Wisconsin became the first state in US history to require independent probes for officer-involved shootings, but since then, several other states have instituted similar reforms based on the Wisconsin model.

Michael isn’t finished, though: he is working on strengthening the reforms to help reduce police shootings. He envisions a system where investigations are not just about who to blame, but about finding lessons that could help avoid deaths in the future. And he says he won’t quit until his son’s case is reopened.