Our universe, everywhere and in all directions, is filled with stars and galaxies.

From our vantage point, we observe up to 46.1 billion light-years away.

However, most of them are already permanently unreachable by us.

As the universe expands, the space between all unbound objects increases over time.

Beyond distances of ~14.5 billion light-years, space’s expansion pushes galaxies away faster than light can travel.

Over time, the expansion rate still drops, but remains positive and large because of dark energy.

Dark energy, inherent to space itself, never decreases, even as the universe expands.

All galaxies beyond a certain distance always remain unreachable, even at the speed of light.

The present “reachability limit” has a boundary ~18 billion light-years away.

All galaxies closer than that could be reached if we left today; all galaxies beyond that are unreachable.

Only 6% of presently observable galaxies remain reachable; 94% already lie beyond our reach.

The final ones, in the M81 group, will become unreachable after another ~100 billion years.

After that, only our Local Group will remain within reach. 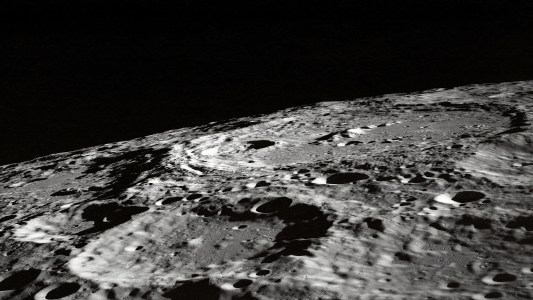 A Belgium startup expects to send their technology to the Moon by 2025 to improve the process of making oxygen via electrolysis.

Outer Space
The Moon has enough oxygen to sustain 8 billion people for 100,000 years
Subscribe to Freethink for more great stories
Subscription Center
Challenges
Video
Freethink
Subscribe
We focus on solutions: the smartest people, the biggest ideas, and the most ground breaking technology shaping our future.
Subscribe