SpaceX founder Elon Musk gave a rousing presentation Tuesday on his company’s long-term plan for getting to Mars, covering the basic economics of deep space travel, the population threshold necessary for establishing a civilization off Planet Earth, and the technology SpaceX is developing to make Musk’s vision a reality.

Let’s start with the economics of doing a Mars mission today: 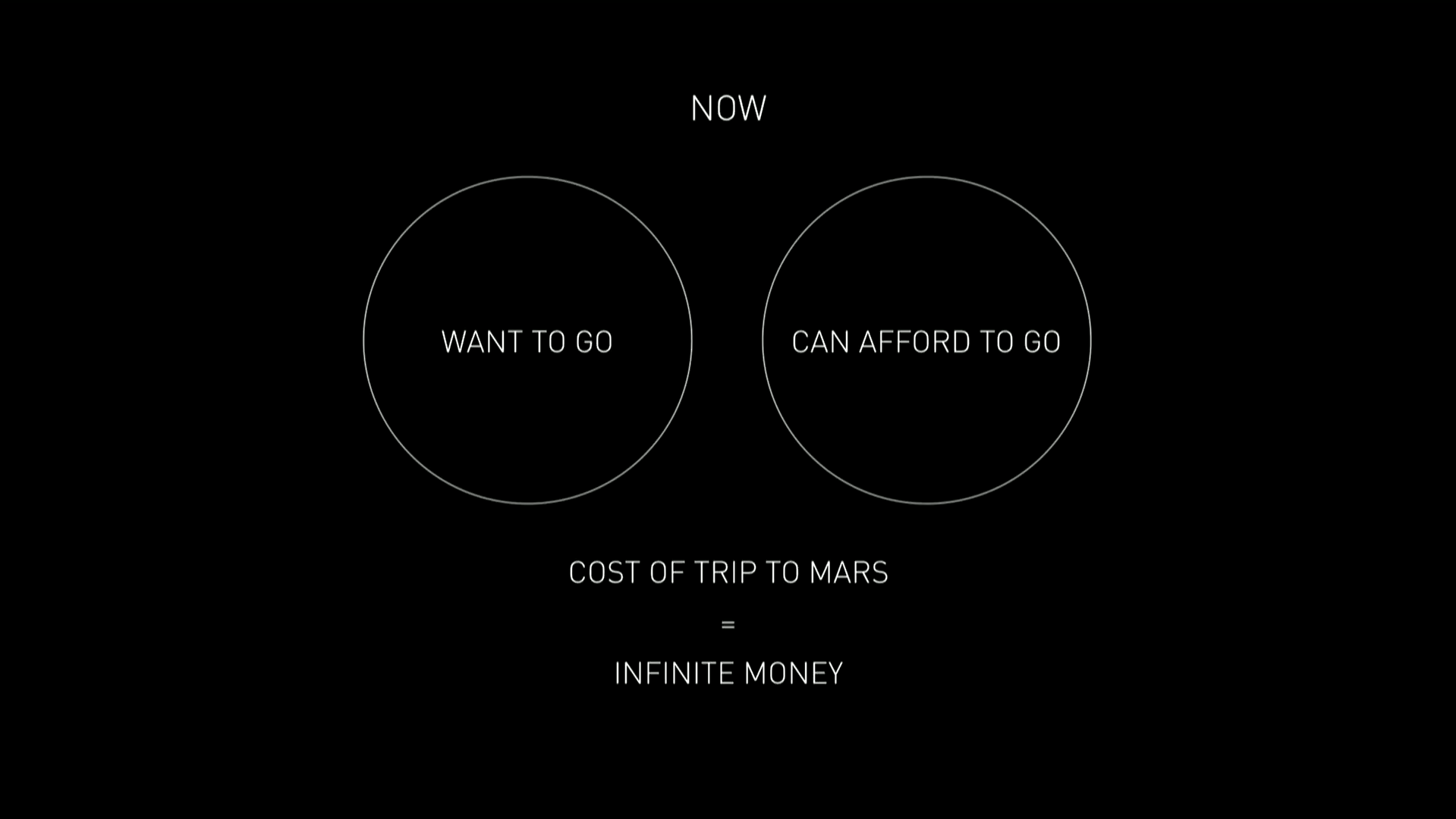 In short, we can’t go to Mars now. There’s no technology for doing so. Musk then said if we went by the closest comparison–the Apollo trips to the moon, which are the farthest space flights humans have taken–it’d be only slightly less impossible: 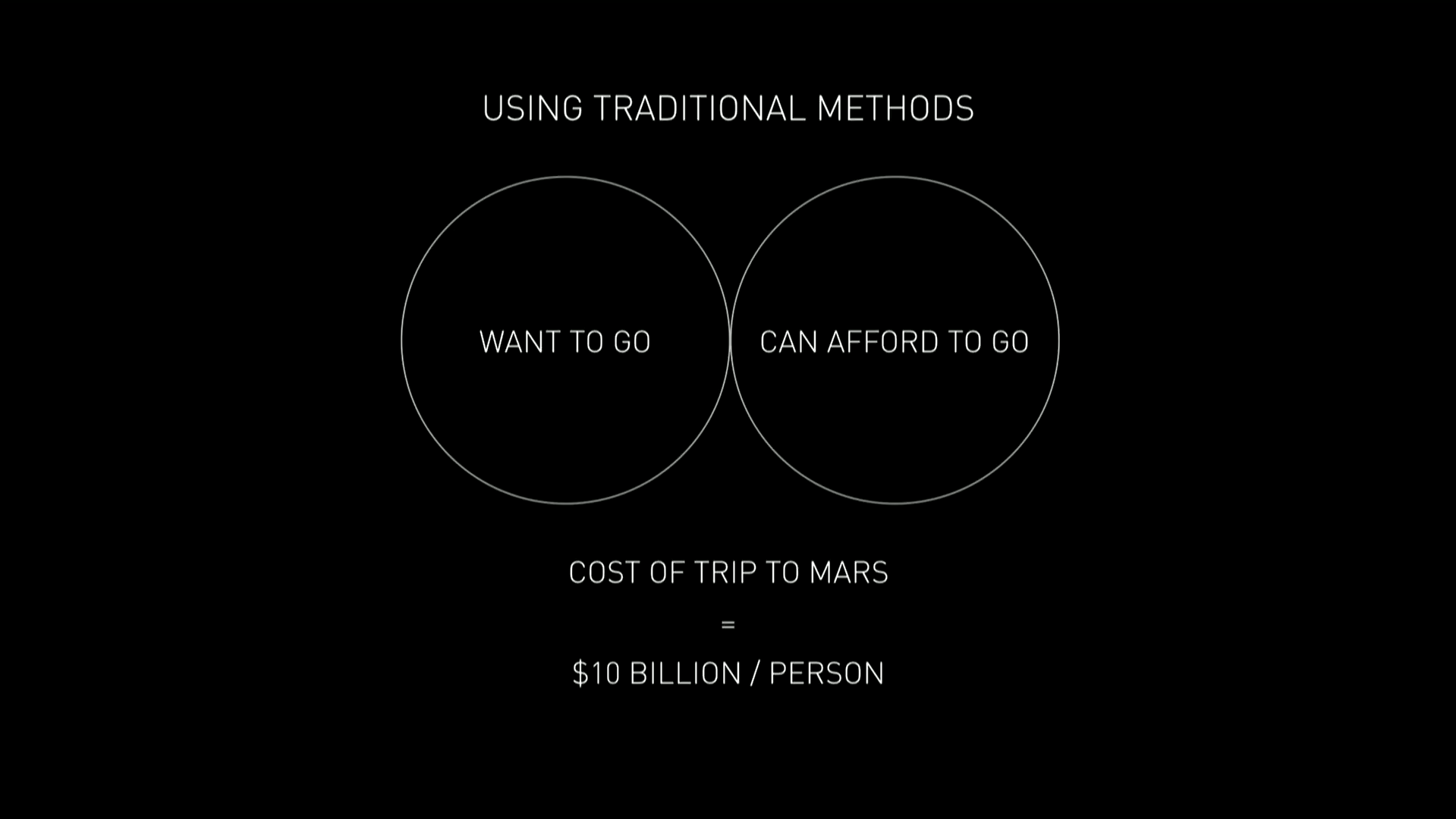 “You can’t create a self-sustaining civilization with tickets that cost $10 billion a person,” Musk said. But if SpaceX can bring the cost down to roughly the median cost of a U.S. home, the Venn diagram might look like this: 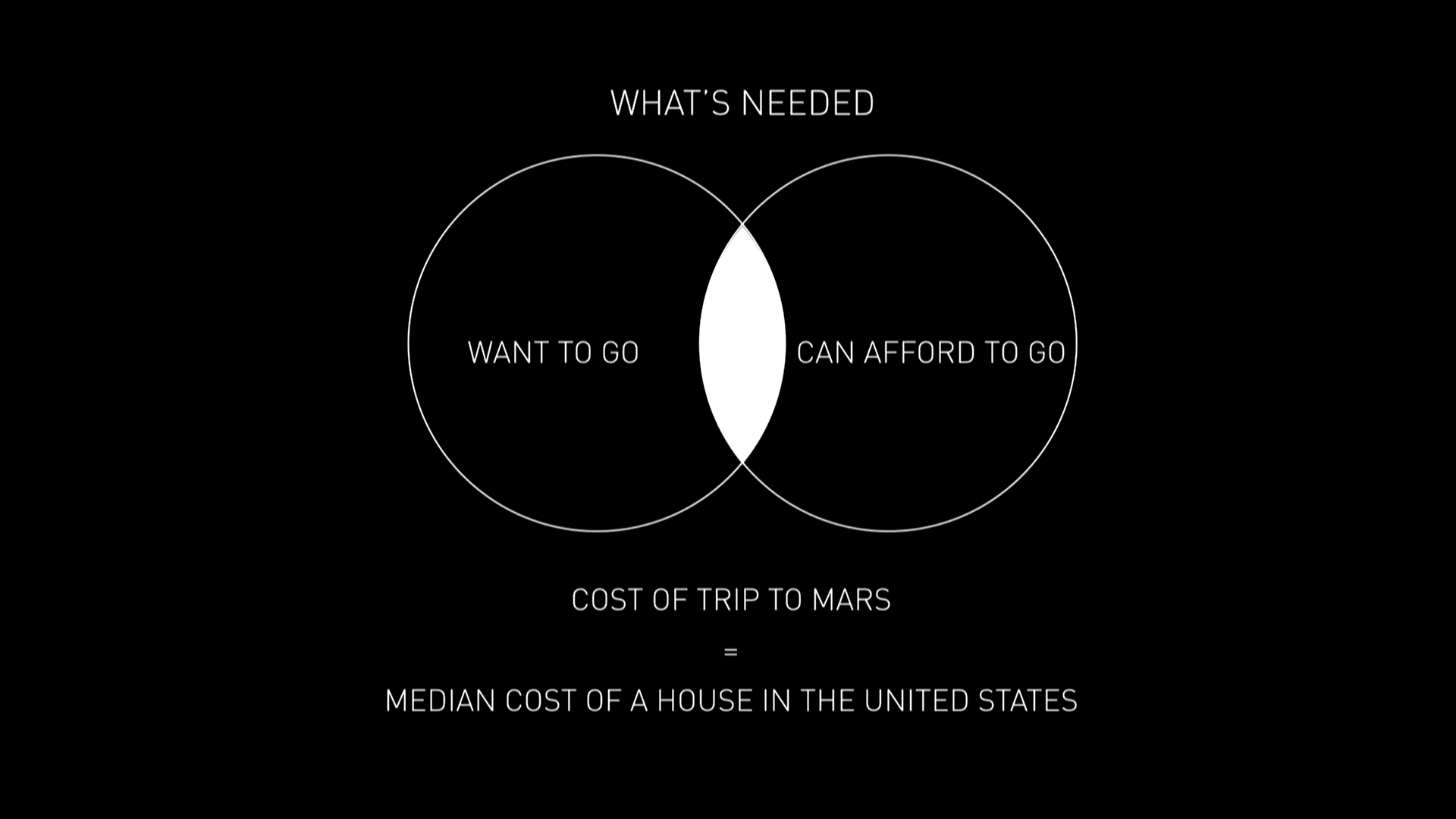 At that price point, Musk believes humans could (and would) begin colonizing Mars. And to keep costs at roughly $140,000 per ton of cargo (which would include the person, their luggage, and all the life support required to keep them healthy on the year-long trip), SpaceX needs to achieve these four things:

-Full reusability of the rockets, tankers, and ships
-The ability to fuel up in orbit
-The ability to produce fuel on Mars itself (so that ships can come back to Earth)
-The right propellant

Musk says we’d need one million people on Mars to call it a civilization. With one ship carrying 100 passengers per ship, SpaceX would need to make 10,000 roundtrip flights. That’s no way to build a civilization, so Musk envisions building up to 1,000 ships, with fleets of 25 ships comprising each trip to Mars (and back). At that rate, SpaceX could increase the planet’s population by 2,500 every 12 months.

And while $140,000 is still an incredible amount of money, Musk says Mars “would have a labor shortage for a long time, so jobs would not be in short supply.”

From the first trip to Mars, Musk anticipates it would take somewhere from 40 to 100 years to achieve a fully self-sustaining civilization on Mars.

Musk says the question early Mars travelers need to ask themselves is, “Are you prepared to die?” If yes, “then you’re a candidate.”

So what’s the timeline? 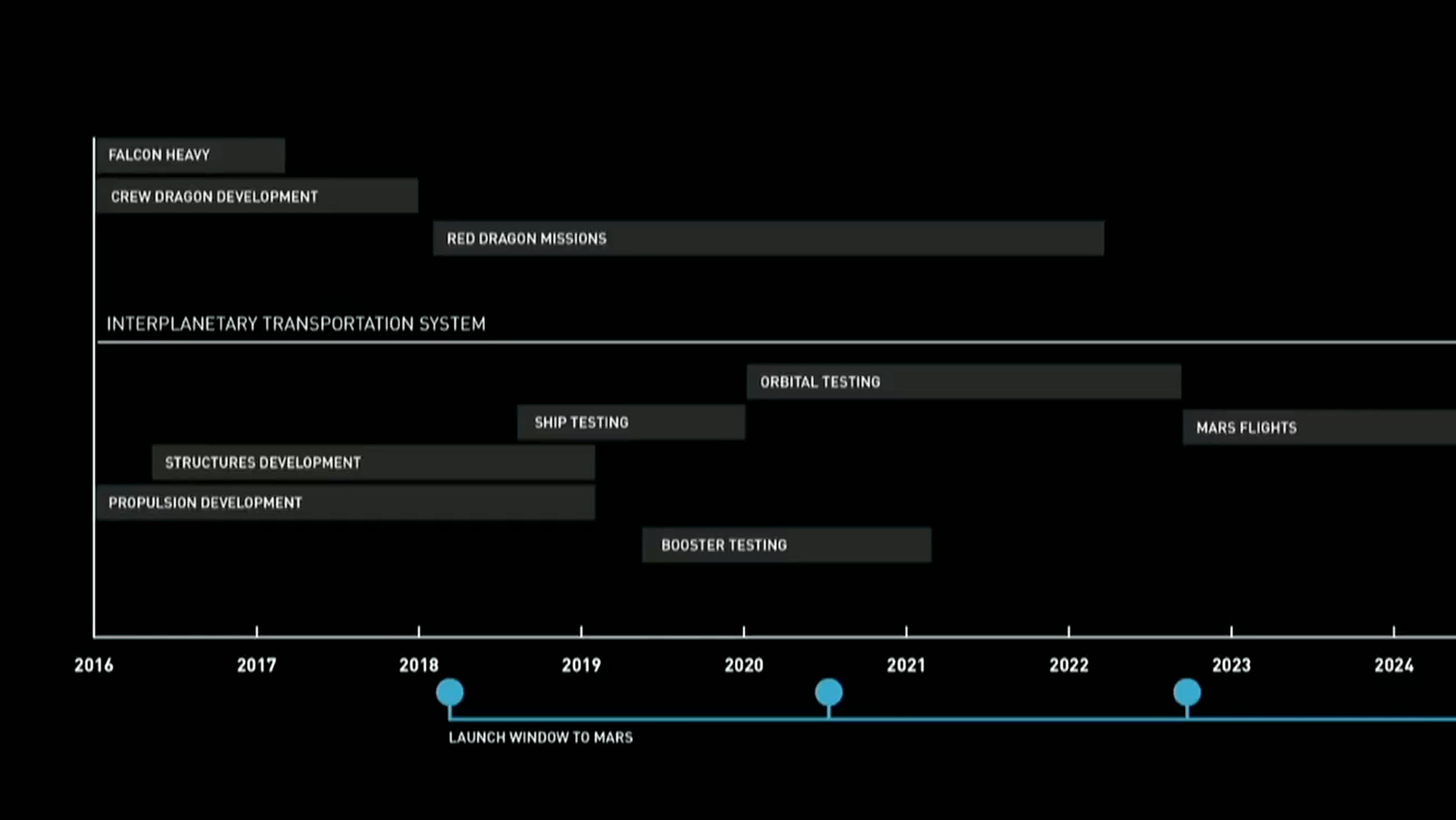 In case you can’t read the fine print (all these photos are screenshots from Musk’s presentation), trips to Mars start in 2023.

Want to hear more? Check out the full presentation here:

Physics
The case for dark matter has strengthened
Though it makes up about 26% of the Universe, we cannot see dark matter. But we know it’s there because we can see its effects.
Up Next
No related content in the preview
Subscribe to Freethink for more great stories
Subscription Center
Sections
Video
Freethink
Subscribe
We focus on solutions: the smartest people, the biggest ideas, and the most ground breaking technology shaping our future.
Subscribe