Not counting the eight in our own solar system, astronomers have confirmed the existence of more than 4,000 planets in the universe — and now, they’ve found one unlike all the rest.

This exoplanet (the term for any planet not orbiting our sun) is what’s known as a “hot Jupiter.”

Those aren’t terribly uncommon, except that this is the first one we’ve seen without any clouds in its atmosphere — and that makes it both unique and potentially a boon for exoplanet research.

Hot Jupiters are gas giants that are physically similar to Jupiter, but they’re far closer to their stars, which makes them — you guessed it — hotter.

However, it wasn’t until recently that researchers at the Harvard & Smithsonian Center for Astrophysics took a close look at its atmosphere — and discovered it was cloudless.

Prior to this discovery, detailed in the Astrophysical Journal Letters, astronomers had only identified one other cloudless exoplanet, and it was a hot Saturn (exactly what you think it is).

Astronomers suspect that fewer than 7% of all exoplanets are cloudless — but the rare gems could be a goldmine for research.

Because they don’t have any clouds or haze cluttering up their atmospheres, it’s easier to study the exoplanets and their compositions.

That research could help explain why cloudless exoplanets are so rare — there might be something unique about how they form that we just don’t understand yet.

That short orbit was key to the discovery that the hot Jupiter is cloudless.

The team used the Hubble Space Telescope to record data on WASP-62b as it passed in front of its star three times. By studying the visible light recorded during those passes, the researchers could detect certain chemicals in the atmosphere of the exoplanet.

“We can’t actually see these planets directly,” lead researcher Munazza Alam told Gizmodo. “It’s like looking at a firefly next to a streetlamp.”

“We’re gleaning all this information about the planet’s atmosphere from what we call combined light observations,” she continued, “meaning we’re looking at the light from both the star and the planet.”

The James Webb Space Telescope could help explain the existence of this cloudless hot Jupiter.

Normally, clouds would obscure the presence of sodium in an exoplanet’s atmosphere during these observations, but the researchers were able to detect it without any issue while studying WASP-62b.

“This is smoking gun evidence that we are seeing a clear atmosphere,” Alam said in a press release.

The researchers hope to study their one-of-a-kind hot Jupiter using Hubble’s successor — the James Webb Space Telescope — which is expected to launch in 2021 after multiple delays.

The increased precision of that telescope could allow them to detect even more chemicals in the exoplanet’s atmosphere — and potentially help explain why it exists in the first place. 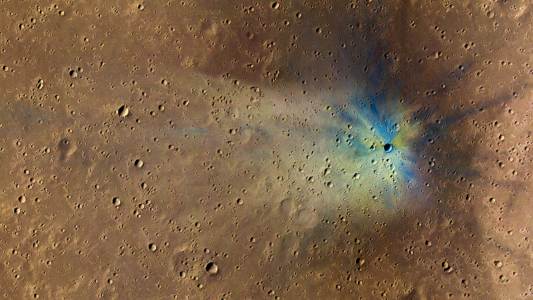 Astronomy
An AI has discovered new craters on Mars
By Kristin Houser
Subscribe to Freethink for more great stories
Subscription Center
Sections
Video
Freethink
Subscribe
We focus on solutions: the smartest people, the biggest ideas, and the most ground breaking technology shaping our future.
Subscribe