In our Solar System, Jupiter is the largest planet we have, but what’s the upper limit to planetary size?

If you get too much mass together in a single object, its core will fuse lighter elements into heavier ones.

But lower than that, at about 14 times the mass of Jupiter, you’ll initiate deuterium fusion, where leftover fuel from the Big Bang slowly self-generates its own energy.

This line — between a gas giant and a brown dwarf — defines the most massive planet.

In terms of physical size, however, brown dwarfs are actually smaller than the largest gas giants.

Above a certain mass, the atoms inside large planets will begin to compress so severely that adding more mass will actually shrink your planet.

This happens in our Solar System, explaining why Jupiter is three times Saturn’s mass, but only slightly physically larger.

But many solar systems have puffy planets made of much lighter elements, without large, rocky cores inside.

The largest planets, like WASP-17b, can be up to twice as big as Jupiter before becoming stars. 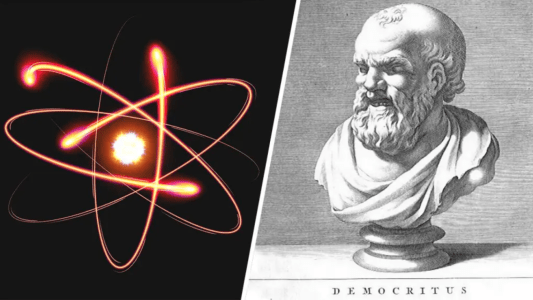 The idea of atoms goes as far back as the ancient Greek philosopher Democritus in 400 B.C.E., who thought physics left no room for free will.

Physics
How Greek philosopher Democritus predicted the atom in 400 B.C.E.
Subscribe to Freethink for more great stories
Subscription Center
Sections
Video
Freethink
Subscribe
We focus on solutions: the smartest people, the biggest ideas, and the most ground breaking technology shaping our future.
Subscribe