Seven years ago, the European Space Agency (ESA) launched the Gaia spacecraft. Its mission: survey more than one billion nearby stars to help scientists create a detailed 3D map of the Milky Way galaxy.

Now, ESA scientists have used Gaia’s latest findings to create a map that doesn’t depict the galaxy today, but what it’ll look like from Earth 1.6 million years from now.

Gaia is currently 930,000 miles away, held in place by the gravitational pulls of the Earth and the sun. From that vantage point, the spacecraft uses two telescopes to continuously scan the Milky Way, tracking stars’ movement, color, and brightness.

In 2016 and 2018, the ESA released the first two batches of Gaia data, sharing information on the positioning of 1.6 billion stars with researchers.

That data led to the creation of the most detailed 3D map of the Milky Way — until now.

On December 3, the agency made its third “data dump.” This batch improved the precision of previously tracked stars and brought the total number of tracked stars in the Milky Way map to just under two billion.

“Gaia is measuring the distances of hundreds of millions of objects that are many thousands of light years away,” Floor van Leeuwen, U.K. Gaia project manager, said in a press release.

To get an idea of how accurate Gaia’s data is, imagine standing in New York City and being able to tell how thick a single hair is 1,200 miles away in Baton Rouge, Louisiana.

About a week after the data dump, the ESA released an image that shows the predicted paths of 40,000 nearby stars over the next 400,000 years, based on the new Gaia data showing their motions so far.

It also released a video depicting the stars’ predicted paths across the Milky Way over the next 1.6 million years.

The agency also shared the code for the simulation, which it challenged others to use to “make a more realistic or visually more appealing version of the video,” for example, one that includes more stars or accounts for changes in their brightness.

The Future of Gaia

The Gaia data released in 2016 and 2018 has already been cited in more than 4,000 research papersand led to the discovery of more than 100 new exoplanets, a new galaxy, and even some lost asteroids.

The new data will likely make its way into many more papers.

The day it was released, astronomers gathered online for the “Gaia Sprint,” a virtual meeting during which they discussed the findings as the ESA released them.

Astronomers involved in the event told Scientific American they plan to use the Milky Way data for research into black holes, dark matter, binary stars, exoplanets, and more.

“(Gaia) touches every part of astrophysics, from nearby stars, planets in our solar system, all the way through to the edge of the universe,” Martin Barstow, a Gaia team member, told BBC News.

“It’s just transformational,” he continued. “You’ll be talking about astronomy before Gaia, and after Gaia — and those two things will be completely unrecognizable when you compare them.” 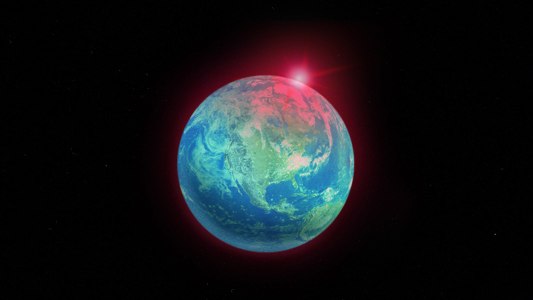 As we continue to search for extraterrestrial life, we need to get creative by redefining the unique attributes of life itself.

Outer Space
What alien life could teach us about humanity
5:46
By Doug Dais
Subscribe to Freethink for more great stories
Subscription Center
Sections
Video
Freethink
Subscribe
We focus on solutions: the smartest people, the biggest ideas, and the most ground breaking technology shaping our future.
Subscribe