It’s 2024. You and nine other participants in humanity’s inaugural flight to Mars are nearing the end of your stay. All together, you’ve been away from Earth for more than a year: It took your ship nine months to get to Mars, and you needed to stay there for another three months to account for the different solar orbits of Earth and the red planet. You are now preparing to head back. Everyone seems to be doing well.

Everyone, that is, but Bill.

A nice enough and very smart guy, Bill started to get a little antsy around month four. Now, more than a year in, he’s no longer coherent or reasonable. He’s refusing to shower or to recycle his pee. Three days before you begin your flight back to Earth, Bill attacks another member of your crew after they mistake his bottle of Soylent for their own. You and the other crew members manage to restrain Bill, but not before he mortally wounds the offending Soylent drinker.

What happens to Bill?

Maybe you think this is a dumb question; that the people we send to outer space will be exceptionally well behaved. You would be half right, in that space agencies select for characteristics that suggest a person can withstand the psychological stress of isolation, high stakes, and small spaces.

But even well-screened astronauts can misbehave.

In 1998, the Russian Institute of Biomedical Problems (RIBP) conducted an experiment to see how a relatively large group of astronauts would behave in a space-like environment. Six Russian men, one Canadian woman, and one Japanese man agreed to spend several months inside a replica of Mir, the now-retired Russian space station. While Mir was already in operation by that point, it could only support three crew-members for any serious length of time.

In short, the experiment suggested that even elite-level space researchers are capable of monstrous behavior.

After 110 days, the female researcher had been sexually assaulted by the (intoxicated) Russian space commander, who also threatened to kill another Russian crew member. The Japanese crew member, meanwhile, found the behavior of his fellow participants so disturbing that he left the experiment early, while the Canadian researcher expressed shock and bewilderment that Russian officials did not intervene after she was attacked. (The Russians claimed it would have defeated the point of the experiment.)

In short, the experiment suggested that even elite-level space researchers are capable of monstrous behavior.

We actually do have criminal rules for outer space

Right around the time RIBP study was happening, diplomats from the U.S., Russia, Canada, Japan, and the European Space Agency were gathering to sign an amended version of the Intergovernmental Agreement on Space Station Cooperation.

The agreement pertains only to the International Space Station, but it’ll probably be the starting point for future multi-national space agreements humans will use to work out disputes on space colonies. The 1998 agreement lays out the following rules:

(1) Broadly speaking, the country that sent you to space is responsible for what you do in space. That means…

(4) The accused’s country doesn’t have to comply with rules two or three, but that would probably look bad.

Back to our hypothetical: What happens to Bill?

Well, it depends on who else is on that spaceship. If they’re all Americans, Bill is going to be prosecuted for murder in an American court. If Bill is American, and his victim isn’t, then the two countries will (likely) sit down to discuss who should prosecute Bill. It’s probably going to be America again, especially if the victim’s country lacks American-style legal protections like the rights to counsel, trial, and non-cruel punishment.

But what if Bill is not an American, and his victim is? What if Bill claims he was protecting himself? What if the other crew members decide not to wait until they’ve returned to Earth to mete out Bill’s punishment?

Do we need more formal laws for outer space?

We’ve talked about this in the context of asteroid mining, but it’s worth repeating here: The laws governing conduct in outer space are pretty patchy. And that’s OK for right now. The most optimistic projection for a Mars trip is the early 2020s. While the moon is much closer, no one has a clear plan for getting there or colonizing it. The Bill hypothetical doesn’t need a clear-cut answer today. But eventually it will, and it’s worth asking if we should get creative about it.

“One of the flaws in the (Intergovernmental Agreement on Space Station Cooperation) is the absence of any language specifying who is to serve as arbiter in the event that two partner countries entitled to exercise jurisdiction both wish to do so,” Stacy Ratner wrote in the Boston College International and Comparative Law Review . And she wrote that back in 1999, a decade before the commercial space race kicked off in earnest. In the intervening years, space enthusiasts have suggested that Mars colonists should be under their own jurisdiction. Others have suggested creating an international governing body to adjudicate disputes in space. Heck, maybe it’s time to dust of the Code of Hammurabi.

We don’t need to come up with an answer right now. But so long as we’re dreaming up the technology required for colonizing Mars, we should be thinking about how to get along there, too. 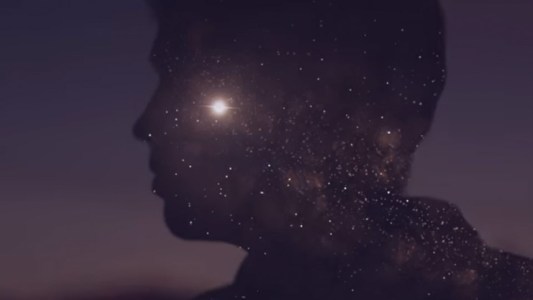 Outer Space
Preparing the first space colonizers for life off of planet Earth
By Mike Riggs
Subscribe to Freethink for more great stories
Subscription Center
Sections
Video
Freethink
Subscribe
We focus on solutions: the smartest people, the biggest ideas, and the most ground breaking technology shaping our future.
Subscribe