From samples of pristine Antarctic snow, researchers have just produced the best-yet estimate for the amount of space dust that reaches Earth’s surface every year: 5,200 tons.

What is space dust: Meteorites are bits of space debris (usually, comets or asteroids) that survive the trip through Earth’s atmosphere to land on the planet’s surface.

Space dust is another name for micrometeorites, which are (you guessed it) very tiny meteorites — they usually weigh less than a gram.

The challenge: Space dust has been pummeling the Earth since the beginning and may have played a role in the origin of life, seeding the planet with carbon, oxygen, and other necessary ingredients.

However, because space dust is so small, it blends in with Earth’s terrestrial dust, which makes studying it difficult.

The expeditions: To get an idea of how much space dust reaches Earth and what it’s made of, an international team of researchers headed to central Antarctica to collect snow samples six times over the past two decades.

Because the temperature there never rises above freezing, the snow never melts. That meant the researchers could date each snow sample based on how far it was below the surface.

Even better, the area is also almost completely void of terrestrial dust, so the researchers could melt their snow samples and reasonably conclude that any particles they found in it were likely space dust.

The numbers: From this collection of space dust, all of which likely fell to Earth between 1920 and 1980, they determined that 8.6 micrograms worth of space dust landed on each square meter of snow per year.

That’s a tiny, tiny amount (a microgram is just one millionth of a gram), but when you multiply it over the entire surface area of the Earth, you get 5,200 tons of space dust — about half the weight of the Eiffel Tower.

The big picture: It’s impossible to say for sure that space dust doesn’t fall more or less in the Antarctic than it does in other parts of the Earth.

However, if the researchers’ estimate is anywhere close to accurate, we now know that space dust is by far the biggest source of extraterrestrial material to reach Earth’s surface — the estimated total for meteorites is only about 10 tons annually.

Based on their analysis of the dust, we also know that the majority of it, about 80%, is from comets (chunks of ice, covered with “dirt“), rather than from asteroids (mostly lumps of rock or metal).

“This is a very nice systematic piece of science, and it’s an important result,” cosmochemist Larry Nittler, who studies space dust at the Carnegie Science Institute and was not involved in the study, told Popular Science.

Climate Crisis
Solar geoengineering could cool Earth, but some regions might continue warming
Some governments might try to “geoengineer” the planet by spraying substances into the upper atmosphere to reflect sunlight away from Earth. 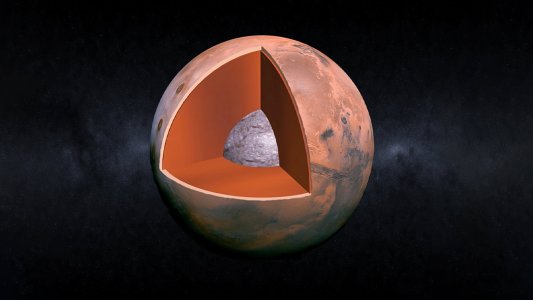 For the first time, scientists have measured Mars’ core — and found it is much bigger than expected.